Aloft - A conversation with Claudia Llosa on our lost mythical nature 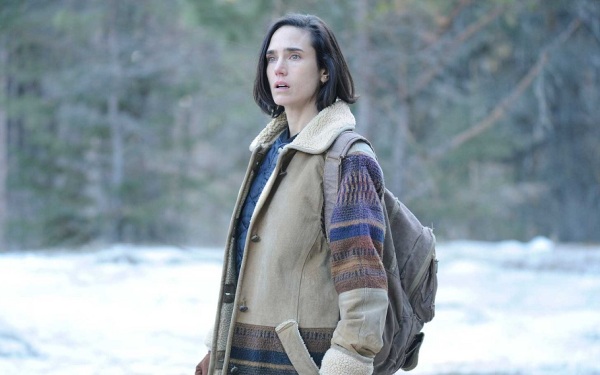 Of all the certainties in the world, death is the one that is easiest to deny and cast aside until it inevitably affects you in one way or another. The fragility of our existence is just plain terrifying, and yet, because of its unavoidable and necessary nature, its hard not to think that there’s a power in its existence—a power that we can, and should, wield as our own means of vitality.

Peruvian director Claudia Llosa is one of those rare people who has found the underlying beauty in the darkness of death, as she understands that leaning towards it rather than shying from it provides secrets to our survival as individuals and as a species.

In broad terms, this is what her latest film Aloft aims to not only explore, but emote in every word, every shot, and every moment of doubt in its tale about a family torn apart by the mysteries of faith and mortality. For Llosa, an Academy Award Nominee for her last film The Milk of Sorrow (2010), the two are inextricably bound together, however combative, and that’s where she found her story.

She explains, “What happens in modern societies where we are turning our backs on mythical thinking? What happens when institutions or scientists can’t answer our questions, or give us a solution to what is happening? What are the mechanisms to survive pain or to battle tragedy and how do we to repair that tragedy? So I started with those questions. What it lead to was the characters in the film making very difficult decisions and we watch how they do it, and we see how complex life really is. I tried not to judge them in those decisions, and instead follow them on their journey.”

That journey begins with Nana (Jennifer Connelly), a mother who will fight by any means necessary to find a cure for her youngest son Gully’s illness. When medicine proves to disappoint, it’s a mythical healer that she begrudgingly turns to for answers, but which ultimately stokes a fire within her she never knew existed. We then jump forward in time to Gully’s older brother Ivan (Cillian Murphy), a falconer with a family of his own, but who seems to prefer isolation. It’s when a documentarian (Mélanie Laurent) comes to question him about his mother who abandoned him years ago for a questionable faith that the memories of a tragic childhood must be confronted.

This is Llosa’s foundation for Aloft, a narrative bred with our earth’s elements and how they can collide, crash, and even dance when they inherit the same space. It’s about nature, of both the land and of the human variety, and how we often betray it.

“What are we trying to control and domesticate that is part of our nature? [Our nature] is to be aggressive, to be able to feel life and death almost in the same way and not try to avoid that part of life that is death. Pain comes when we go against our nature. In a way, it also feels like pain is easy, while happiness is the difficult thing to create, construct, or build. Then we realize how fragile this structure of life is that you’re building, and how difficult it is to build that life knowing its fragility,” Llosa says.

That opposing sense of fragility and strength are mirrored in Llosa’s choice of landscape: the stark, unforgiving wilderness of wintry Canada where a family unit struggles to survive. The blistering winds, the harsh, and almost uninhabitable setting, provides a world reflective of our will to survive despite the knocks. Thankfully, she had Nicolas Bolduc (Enemy), a cinematographer who willfully embodied that melancholic disposition, while still maintaining focus on the characters we have been sent to explore.

“Nicolas is such a powerful creator… It was easy, because there was a tension between the nature itself, the characters, and also the camera, because it is physically near the characters themselves. You can feel what they are breathing; you can sense the landscape. That’s the idea we had with Nicolas, to use these kinds of lenses to go really close to the character and also show where they are, so you don’t need to be far away to see the landscape, ” she explains.

When we look at the actors Llosa chose to fill that space, it’s nearly impossible to imagine others. To match the harsh realities of both the wilderness and the emotional gravity of the story, she needed leads that could and would center themselves in the darkness, as well as the light that fights to break through.

“The rawness that Ciliian has—it’s a beautiful, powerful, and very animalistic instinct he has as Ivan, even as an actor. It is so unpredictable in every moment… Jennifer has a very earthy, but also a kind of ethereal feeling in her appearance, so she can be earthy and composed next to the intensity of life, but is also able to lift herself to an atmospheric level, which is mesmerizing,” Llosa describes. “And then there’s Mélanie, who is the ray of light to illuminate both of them from the shadows. The triangle, for me, worked so beautifully.”

Aloft opens at Laemmle's Royal Theatre in L.A. and at AMC Loews Village 7 in New York on Friday, May 22nd.