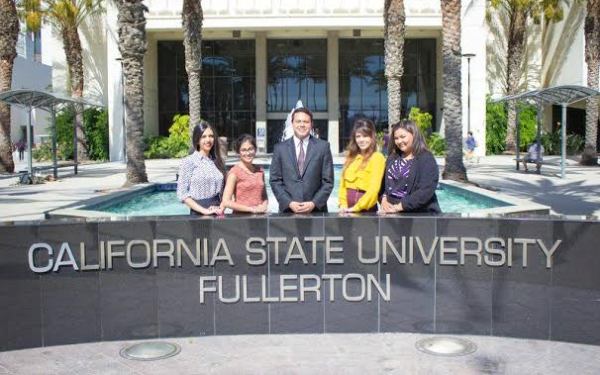 Those numbers came during a discussion of the 2015-16 state budget at a meeting in Long Beach of the Board of Trustees.

Chancellor Timothy P. White said Cal State's nearly $5-billion budget is still $405 million below its 2007-2008 level, even as the economy improves and the state has begun to reinvest in California's public universities.

Under Gov. Jerry Brown's recent budget revision, the 23-campus system is set to receive a state funding increase of $158 million, a boost of $38 million from Brown's January budget proposal.

That number is still nearly $60 million less than Cal State requested from the state to increase enrollment, hire more faculty and academic advisors and chip away at a more than $1.8-billion backlog of deferred maintenance.

White had previously announced that annual undergraduate tuition — $5,472 — would not increase in 2015-16. The subject was not raised Tuesday by either White or trustees.

Instead, system leaders continued an ongoing drumbeat of insisting the state must provide more if the nation's largest public university system is to improve a freshman four-year graduation rate of only 19%.

"Put into the context of what we're asking of Sacramento, we're still trying to climb out of a hole of $405 million," White said.

Cal State is under pressure from the governor to improve student success numbers, and the system has set a goal of lifting the freshmen graduation rate to 24% in the next decade.

Added board chairman Lou Monville: "If we're going to make a strategic investment and improve in all those areas, we're going to need ongoing and not one-time funds."

The governor laid out several expectations for the 450,000-student system, including the enrollment of 1,500 more community college transfer students by spring 2016.

Cal State officials said $19 million of the $38 million in new funding would be used to increase enrollment by an estimated 2,500 to 3,000 students in 2015-16. That is on top of a 4,000-student increase under the governor's previous proposal.

The remaining $19 million would fund programs to improve student success, including hiring additional faculty and advisors.

In recent years, Cal State has turned away 20,000 to 30,000 qualified students each year, even as demand has increased to an all-time high. The system received more than 790,00 applications for fall 2015.

Meanwhile, the Cal State faculty union released a report Tuesday that criticizes system leaders for failing to increase faculty ranks, even as student enrollment grew by 24% over the last decade.

Overall faculty numbers, including part-time instructors, increased by 14%, while full-time, permanent faculty decreased by 3% during that time, according to the report.

The faculty group contends that the disparity harms students because part-time adjuncts have fewer opportunities to interact with students and provide mentoring. Low-income and minority students are especially vulnerable, the report said.

"The CSU must reverse its 'race to the bottom' approach and start providing its diverse student body with optimal learning conditions," said California Faculty Assn. president Lillian Taiz, who teaches history at Cal State L.A. (Taiz announced at the meeting that she is stepping down from her position to take another role in the union. Jennifer Eagan, a Cal State East Bay philosophy professor, will assume the presidency in June.)

Cal State officials acknowledge that hiring took a hit because of budget cuts during the recession, but they say those forces are beginning to turn around and most campuses have committed to recruiting more full-time professors.

The system made 740 new full-time hires in 2014-15, although some of that increase was off-set by retirements and other departures.