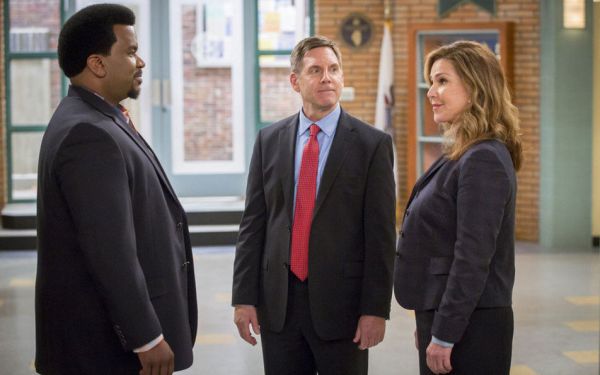 Those of us who still watch TV on television -- as opposed to curating our own playlists from Hulu, Netflix, Amazon, and so on, via laptops and tablets – may have noticed that TV seasons aren't what they used to be.

In recent years, TV networks have been striving for Total New Show Domination all year long. Sure, the Fall TV Season is still a big deal, but new shows start throughout the year.

The idea that the summer TV season is one big snooze in a hammock, a nobody-cares festival of reruns, and cheesy reality shows is as antiquated as "My Mother the Car" (look it up, young'uns.)

Once again, summertime viewing is  upon us – even if the calendar insists some of the shows premiere while it's still spring. The schedule is as crowded as the rest of the year,  because nowadays, summer TV means three things: 1) the return of hot-season favorites; 2) new experiments; and 3) cheesy reality shows, which remain as much a part of summer as post-hike Poison Ivy attacks and mosquito-bombed barbecues.

To help you plot out your summer viewing strategy – hey, sitting in front of the TV in air-conditioned splendor may sound pretty good when (or if) we get to those late July-early August hot spells – here's a rundown of new and returning summer show premiere dates. No sunscreen required.

"Texas Rising": 10-hour miniseries about circa-1836 Texas, the birth of the Texas Rangers, and such historic characters as Sam Houston and Mexican General Santa Anna. (History)

"Grace of Monaco": Nicole Kidman stars as Grace Kelly, in a film that takes place six years after the star married Prince Rainier and became Princess of Monaco. The movie was originally intended for a theatrical release. (Lifetime)

"Are You Smarter Than a Fifth Grader": Jeff Foxworthy returns with more quiz questions. (Fox/12)

"I Can Do That": Marlon Wayans hosts, as celebs try to master new skills. (NBC/8)

"The Briefcase": A reality series with an unusual premise: families that could use a financial break are given a briefcase full of money, and given a choice: keep it all, or share some or all of it with another family (CBS/6)

"Aquarius": David Duchovny stars as a Los Angeles homicide detective in 1967 Los Angeles, on the trail of Charles Manson. (NBC/8)

"Halt and Catch Fire": Season 2 of the '80s-set drama about the early days of personal-computer development. (AMC)

"The Whispers": New drama about children whose imaginary friends may not be imaginary. (ABC/2)

"So You Think You Can Dance": Paula Abdul and Jason Derulo join Nigel Lythgoe as judges in the new season. (Fox/12)

"Power": Season 2 of the drama about a New York City club owner who's also caught up in the drug trade. (Starz)

"Murder in the First": The homicide detective drama returns for Season 2. (TNT)

"The Seventies": Tom Hanks and Gary Goetzman produced this follow-up to their documentary series about the 1960s. (CNN)

"Orange Is the New Black": More time behind bars, as Season 3 arrives. (Netflix)

"Dark Matter": The crew of a spaceship wakes up with no memories of who they are or what they're doing aboard the craft in this new series. (Syfy)

"Jonathan Strange & Mr. Norrell": Susanna Clarke's novel is adapted in this new miniseries about magic, set in the era of the Napoleonic Wars. (BBC America)

"Proof": Jennifer Beals in a new drama about a doctor investigating cases of reincarnation. (TNT)

"Tyrant": Season 2 of the drama about life in a dangerous Middle Eastern country. (FX)

"The Astronaut Wives Club": New drama about the women holding down the fort while their husbands took to the skies. (ABC/2)

"Complications": Jason O'Mara stars as a doctor who mates a fateful choice, and finds that actions have deadly consequences. (USA)

"The Last Ship": Season 2 of the adventure drama about a ship's crew trying to find a cure for an apocalyptic virus begins. (TNT)

"Ballers": Dwayne "The Rock" Johnson stars in a new comedy as a former star athlete who now guides other players in business, and other off-the-field challenges. (HBO)

"The Brink": New satirical comedy about politics, an international crisis, and the not-so-inspiring people in charge. (HBO)

"Another Period": Before the Kardashians, there were the stupid rich Bellacourts, who are the satirical center of this new comedy set in the Gilded Age, in Newport, Rhode Island. Natasha Leggero, Riki Lindhome, Christina Hendricks, Michael Ian Black, and Jason Ritter star. Ben Stiller is an executive producer. (Comedy Central)

"Suits": The snappily attired and crisply bantering legal eagles and the rest of the gang return for a new season. (USA)

"Mr. Robot": Thriller about a cyber-security engineer who's also a hacker. (USA)

"Under the Dome": In which all involved take on the biggest challenge yet – making Season 3 better than the snoozy Season 2. (CBS/6)

"Falling Skies": Noah Wyle and the rest return for the final season. (TNT)

"Humans": New, eight-part drama about what happens when humans and robots get a little too close for comfort. The cast includes William Hurt. (AMC)

"Teen Wolf": Still wolfy, and back for a new season. (MTV)

"Extant": Last summer's biggest disappointment – it started out so promising, then went nowhere – returns for Season 2. Let's hope things shape up this time around. (CBS/6)

"Penn and Teller: Fool Us": More magic competition as the new season starts. (The CW/3)

"Dominion": More battles among the angels as a new season begins. (Syfy)

"Ray Donovan": Liev Schreiber is back to clean up more Hollywood messes. (Showtime)

"The Strain": More horrific vampires and ghastly doings are on store as Season 2 begins. (FX)

"Running Wild with Bear Grylls": A new season of outdoor adventures with Grylls and celebrities. (NBC/8)

"Cold Justice: Sex Crimes": New spinoff of the above. (TNT)

"Significant Mother": The new set and filmed-in-Portland comedy about a restaurateur (Josh Zuckerman) who finds out his divorced mother and his best friend are dating. (The CW/3)

"America's Next Top Model": Yet another season. (The CW/3)

"The Carmichael Show": Stand-up comic Jerrod Carmichael stars in a sitcom based on his own family and relationships. (NBC/8)

"Survivor's Remorse": Season 2 of the comedy about a pro basketball star dealing with the fallout of success. (Starz)