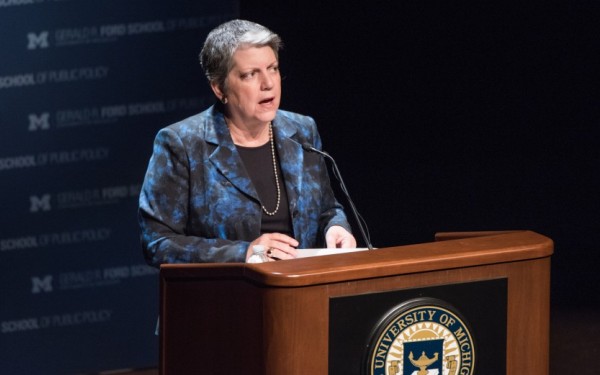 SAN FRANCISCO -- University of California President Janet Napolitano said Thursday the budget deal she hashed out after tense negotiations with Gov. Jerry Brown is based on their agreement that "this is the time for the state to begin to re-invest in earnest in UC."

Napolitano told the Board of Regents, which met Thursday at UCSF's Mission Bay campus, that the deal to freeze tuition in exchange for more state funding resulted from "rigorous, good-faith negotiating" with Brown, and she's working with legislative leaders to make sure it gets the green light.

Brown and Napolitano went head to head in recent months to find a way out of what at first looked like a stalemate. Brown in January had proposed an additional $120 million for the cash-strapped UC system; Napolitano had said that wasn't enough, and she and the Board of Regents authorized raising tuition by 5 percent in each of the next five years.

The board is expected to vote on the deal later Thursday. If the Legislature approves it, UC would:

Keep in-state tuition at $12,192 through 2016-17, which would mean six consecutive years of no tuition increase; starting in 2017-18, tuition would rise at least by the rate of inflation. The university would have the option of raising out-of-state tuition by up to 8 percent per year.

In return, the state would:

Give UC a 4 percent base budget increase in each of the next four years.

Provide $436 million over three years toward UC's $7.6 billion in pension liabilities. This comes out of funds set aside for debt repayment under a proposition voters approved last year to set up a rainy day fund for state spending.

Spend $25 million for deferred maintenance and $25 million from the state's cap-and-trade carbon emissions program to support energy efficiency at UC.

Hans Johnson, a higher education expert at the Public Policy Institute of California, called the deal "certainly a lot better for the university than what had been originally proposed by the governor," but said it still doesn't prepare adequately for the future.

Except for during these last few years of recession and budget cuts, "in general the practice was to tie funding increases to some kind of enrolment expectations," he said -- yet this deal doesn't create more slots for qualified in-state high-school graduates.

"We're losing tens of thousands of students who are eligible each year for UC or CSU," Johnson said. "I think that's a big issue."

Yet with many lawmakers skeptical that UC is making the very best use of the resources it already has, it seems unlikely they'll fight for more funding this year, he added.

Michele Siqueiros, president of the Los Angeles-based Campaign for College Opportunity, agreed that "to not provide enrollment growth funding for UC or enough for CSU... is really short-sighted."

The wage gap between high school graduates and college graduates keeps growing, yet this deal does little to ensure that more low-income, first-in-the-family students can afford and find a spot in a state school, she said. "I don't think it bodes well for the future of the state."

Also Thursday, activists preparing to mark Saturday's anniversary of last year's murderous rampage in Isla Vista, in which six UC Santa Barbara students were killed and 13 were wounded, urged the Regents to divest from any investments in the firearm industry.

Thousands of petition signatures were delivered by Allie Clement, a 2012 UC Santa Barbara graduate who hails from Newtown, Conn. -- the site of 2012's schoolhouse massacre. "I couldn't believe that both my hometown and my college town were affected by gun violence."

Bob Weiss of Thousand Oaks described to the board how his 19-year-old daughter, Veronika, was among those gunned down by Elliot Rodger that awful day.