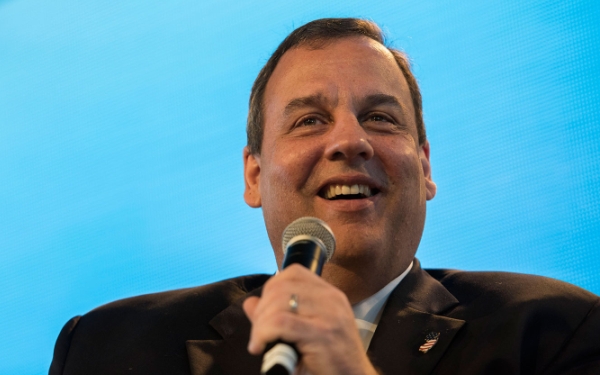 Commencement speeches are tricky, especially for politicians running for office. Right off the bat, candidates can find themselves at a disadvantage in terms of winning over an audience by virtue of the fact that they are not actors, comedians or famous writers. When students hear that their graduation speaker is a politician, they pretty much know they’re not going to be getting David Foster Wallace’s “This is Water.”

One common way of acknowledging their own lack of memorability is to open with a joke about that, a tactic preferred by both Mike Huckabee and Ted Cruz. Both have relied on some version of, “I know that thing you will remember least about this day is the politician who talked at you” — Cruz on multiple occasions.

Here’s how several potential and announced 2016 candidates have handled the responsibility of advising young people entering the workforce.

Speaking at Hillsdale College in Michigan in 2013, Cruz invoked philosopher Jonathan Rawls, and advocated for self-determination. Now, the sentiment may have landed on a campus with its own statue of Margaret Thatcher, but graduations aren’t the time for recruiting the Republican base. They’re the time for cliched life advice.

“I would encourage each of you to embrace what I call opportunity conservatism, which means that we should look at and judge every proposed domestic policy with a laser focus on how it impacts the least among us — how it helps the most vulnerable Americans climb the economic ladder. The political left in our country seeks to reach down the hand of government and move people up the economic ladder. This attempt is almost always driven by noble intentions. And yet it never, ever works. Conservatives, in contrast, understand from experience that the only way to help people climb the economic ladder is to provide them the opportunity to pull themselves up one rung at a time.”

Speaking at New Jersey’s Rowan University in 2014, the New Jersey governor told the graduates to focus on making the most of the opportunities available to them.

“People tend to focus on the negative and complain. We dwell on what hasn’t been provided for us, or we daydream about the things we could have rather than think about the opportunities available to us based on what we have now. There is joy in hard work. You have a leg up you have earned today. You alone will determine the limits in your life.”

Speaking at the University of Maryland in 2014, the former governor told students it’s their responsibility to change the course of mankind’s relationship to the earth. Heavy stuff, but, hey. These are college grads. They can handle it.

“You will live in the most important of days — when humankind, in the nick of time, finally decided to live in harmony with the other living systems of our earth. Nothing less is required. Nothing less will do. The hope of humanity goes with you. With your lives, you will answer the essential questions of our planet.”

—Jeb Bush/Marco Rubio: Your Christian conscience is your best asset

Floridians Jeb Bush and Marco Rubio have both given graduation speeches that hinge on the importance of religion. Both speeches were at religious universities. The advice seems like a more appropriate way than Cruz’s to court a swath of Republicans and give a message that’s appropriate for the venue.

Here’s Bush at Liberty University in Virginia earlier this month:

“The faith that you brought here, the faith that matured here, doesn’t give every answer to every question. Nor, of course, does it promise anyone a life spared from doubt or difficulty. But in the way of life’s advantages, each one of you already has the best there is — an awakened conscience. When you’ve got that going for you, there’s no end to the good you can do, or the wrongs you can help overcome, or the hope you can bring into the lives of others. This doesn’t always come as a welcome reminder in some quarters, but it is true all the same: Whatever the need, the affliction, or the injustice, there is no more powerful or liberating influence on this earth than the Christian conscience in action.”

And here’s Rubio at Ave Maria University’s law school in Florida in 2011:

“The one tip I can give you, the one I wish I had more fully embraced, 14 or 15 years ago when I was embarking on my career, not just as a lawyer, but interested in public service and life in general is this, and it’s pretty simple: You cannot do anything without God. It’s a profound and elemental truth, not, ‘You can’t do most things without God.’ You will not be able to do anything without God.”

Speaking at the 2006 commencement of the University of Arkansas for Medical Sciences in 2006, the former Arkansas governor and Republican nomination seeker enumerated the issues with health care in America, criticizing the small amount of time patients actually spend with their doctors. Then he gave the graduates some, possibly obvious, but appropriate advice.

“I urge you, don’t just treat diseases, but treat the people who have them and never forget their fears when they walk in to see you. Most of them are scared to death that you’re going to give them very bad news and for them you have no hope. If there’s not a medicine that will heal them, if there’s not a procedure that will help them, the one thing you can always do, is the one thing that every human being deserves, and that’s to be treated with kindness and with dignity and with true human respect.”

—Hillary Clinton: Don’t worry about having it all. Just be a good person

Speaking at her alma mater, Wellesley, in 1992, Clinton gave some advice that young women today could still find helpful. She went through a list of possible life trajectories and named the ways women could be judged for choosing any of them. She told graduates not to worry about the haters and just try to be good people. To all of you members of the class of 2015, that last item in the bulleted list is a reference to a show called “Murphy Brown.” Don’t worry about it.

“As women today, you face tough choices. You know the rules are basically as follows:

—If you don’t get married, you’re abnormal.

—If you get married but don’t have children, you’re a selfish yuppie.

—If you get married and have children, but work outside the home, you’re a bad mother.

—If you get married and have children, but stay home, you’ve wasted your education.

—And if you don’t get married, but have children and work outside the home as a fictional newscaster, then you’re in trouble with Dan Quayle.

“So you see, if you listen to all the people who make these rules, you might just conclude that the safest course of action is just to take your diploma and crawl under your bed. But let me propose an alternative.

“Hold onto your dreams. Take up the challenge of forging an identity that transcends yourself. Transcend yourself and you will find yourself. Care about something you needn’t bother with at all. Throw yourself into the world and make your voice count.”

The Wisconsin governor referred back to advice his from his mom in addressing Concordia University in 2014.

“If you remember nothing else, remember a lesson my mother taught me a long time ago. If you want to do well in life, you need to do good for others.”