Dodgers: Hyun-Jin Ryu should be back next spring after shoulder surgery 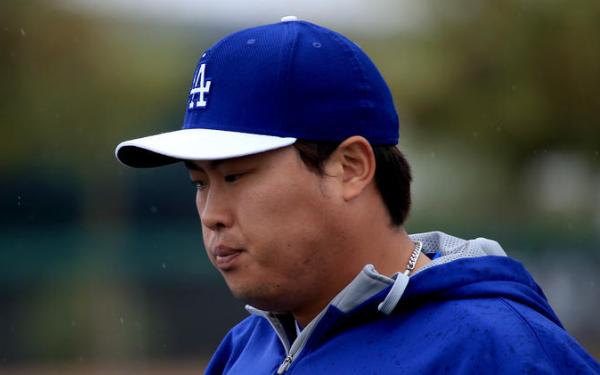 Hyun-Jin Ryu should be ready for spring training next year, the Dodgers said after the starting pitcher underwent surgery Thursday in Los Angeles on a torn labrum in his left (throwing) shoulder.

Based on a conversation with head athletic trainer Stan Conte, Manager Don Mattingly said he was under the impression the damage to Ryu's shoulder was relatively minor.

"It sounded like a really good result," Mattingly said.

Ryu hasn't, and won't, throw a competitive pitch this season.

When Ryu returns, it's uncertain he will be able to pitch at the level he was over the last two seasons, when he was a combined 28-15 with a 3.17 earned-run average. While shoulder operations no longer viewed as death sentences to pitchers' careers, they are still considered far riskier than elbow surgeries.

Roger Clemens came back from a torn labrum. Several others weren't as successful, including former Dodgers pitcher Jason Schmidt.

Ryu was shut down in mid-March because of shoulder irritation and was never able to build up the arm strength necessary to start a minor league rehabilitation assignment. He was on the disabled list twice last year with similar problems.

Ryu is in the third year of a six-year, $36-million contract that expires at the end of the 2018 season.

The Dodgers signed Erisbel Arruebarrena to a five-year, $25-million contract last year, thinking the Cuban defector might be their shortstop of the future.

Arruebarrena has been suspended for the remainder of the season for what the Dodgers described in a statement as "repeated failures to comply with his contract." The team declined to elaborate.

A childhood friend of Yasiel Puig, the slick-fielding Arruebarrena appeared in 22 games for the Dodgers last season but batted only .195.

Arruebarrena was removed from the 40-man roster over the winter.