Aloha squeaks by on charm 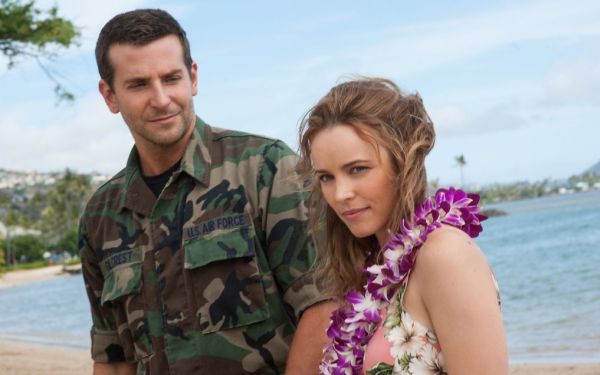 “Aloha” shows how far a movie can go on charm alone. The latest from writer-director Cameron Crowe is an ungainly collection of likable but awkward scenes. Crowe introduces a serious topic without really examining it, and even the romance feels off, with a pair of lovers who seem mismatched. To complete the picture, Crowe tags on an ending that’s convenient but not convincing.

And yet, in a lumbering, knocking-over-the-furniture sort of way, “Aloha” is an engaging and pleasant experience, because there is something about Crowe’s personality as a filmmaker that’s very easy to be around. The movie is warm, both smart and silly, and it has a good feeling about it — the feeling that comes of a filmmaker loving his characters. Cynicism is such a reflex in our culture that it’s a pleasure to inhabit the mental landscape of an artist who isn’t cynical at all, and who is at least as intelligent as the cynical people.

None of this makes “Aloha” into one of Crowe’s better films, but it does make this one a little better than the sum of its parts. Bradley Cooper plays a man trying to come back to life, following getting wounded in the Middle East. At the start of the movie, everybody tells him how bad he looks, even though he looks like he spent three weeks at a spa and tanning facility and had his hair cut five minutes ago.

Brian (Cooper) is returning to Hawaii to work for an eccentric billionaire (Bill Murray), who has partnered with the Defense Department on a project to launch a satellite into space. As chance would have it, Hawaii is also the location of Brian’s lost love (Rachel McAdams), now married with children. And the military has given him an assistant in the form of a captain, not the sort of military assistant most people get, but one played by Emma Stone.

The captain is the movie’s most unusual character, clownishly by-the-book and constantly bragging that she is one-quarter Hawaiian, and yet, in a way, the movie’s moral center. She is at the intersection of everything — business, the military, the native Hawaiians and the romance — and Stone is game for all that Crowe demands of her. Yet the character is essentially comic, so when Crowe starts moving things toward a romance between Brian and the captain, it’s a little hard to get what he sees in her.

It’s especially difficulty with the living memory of Rachel McAdams lurking about, threatening to create new history. Brian is a guy with miles on him, while Stone’s captain just seems like a kid.

Throughout, Crowe has his characters do things that are slightly off. For example, on three occasions people talk out loud about someone in the next room, without any worry about being overheard. This seems like a small thing, and it is, but it can throw an audience off, because we end up worrying why they’re talking so loud and why they’re not worried about it. Crowe has scenes he wants to write, and so he writes them — and well enough that we end up content with what we get, whether they make sense or not.

Here as elsewhere, he has a feeling for the movie set-piece, the scene that can be excerpted to stand on its own. In “Almost Famous,” it was the “Tiny Dancer” scene, with everyone singing on the bus. There’s nothing here to compare with the magic of that moment, but the scene of Murray and Stone dancing to Hall and Oates’s “I Can’t Go For That” can be enjoyed all by itself.

Somewhere in here Crowe tries to make a movie about the privatization of outer space, the sacredness of the sky, the danger of the military industrial climax, and the power of love. He does all those things, but slightly. The treatment is earnest but glancing, and a key scene in which Crowe implies that the collective force of rock ’n roll can dismantle a nuclear weapon is either ridiculous, or a metaphor, or both.

This could end up being the worst movie you’ll like all year.