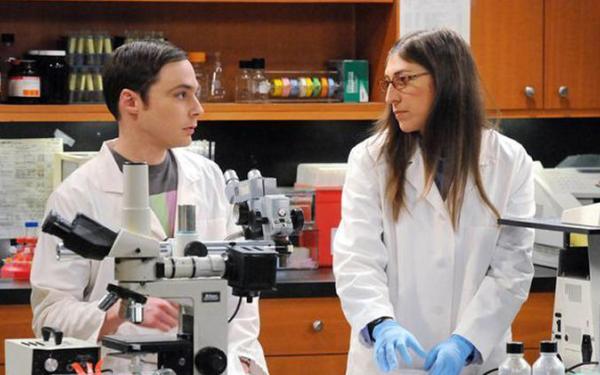 Jim Parsons and UCLA alumna Mayim Bialik are among the cast, crew and executives funding a scholarship for students in science, technology, engineering and math.
(Credit: Warner Bros. Entertainment Inc.)

On television, "The Big Bang Theory" celebrates and satirizes the achievements -- and obsessions -- of brilliant if eccentric science students and professors.

Now real-life brainiacs at UCLA will be getting a boost from the show.

Starting in the fall, 20 "Big Bang" scholars will be given grants of varying sizes, based on need and academic merit. Each year, five more UCLA students will be added to the program.

The endowment is being funded by Chuck Lorre, "The Big Bang Theory" co-creator and executive producer, as well as by gifts from about 50 others -- including stars Johnny Galecki, Jim Parsons, Kaley Cuoco-Sweeting, Simon Helberg, Kunal Nayyar, Mayim Bialik and Melissa Rauch -- according to an announcement from Warner Bros. Television and UCLA.

The show, which just finished its eighth season, is set in Pasadena, with plots involving graduate students and professors at Caltech. But the series has some deep UC connections: UCLA physics and astronomy professor David Saltzberg is its science consultant, and Bialik earned her neuroscience doctorate from UCLA.

"We have all been given a gift with 'The Big Bang Theory,' a show that's not only based in the scientific community, but also enthusiastically supported by that same community. This is our opportunity to give back," Lorre said in a statement.

"In that spirit, our Big Bang family has made a meaningful contribution, and together we’ll share in the support of these future scholars, scientists and leaders."

UCLA said the scholarship endowment was the campus' first to be created by the cast and crew of a television series.