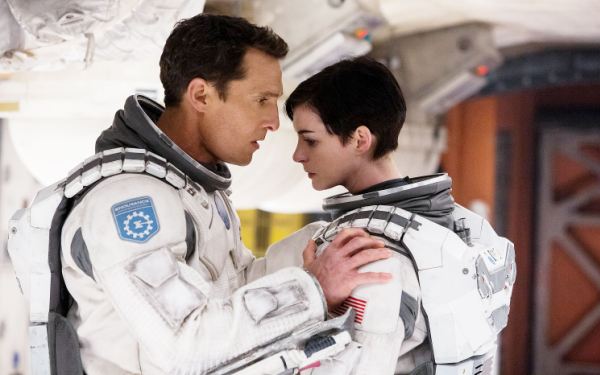 Interstellar was one of only two films released in 2014 with budgets above $100 million were filmed primarily in California.
(Credit: Paramount Pictures)

The big movie hitting theaters this weekend is “San Andreas,” depicting the destruction of California from a massive earthquake.

The Warner Bros. movie was filmed mainly in Australia, of course.

Such is the reality that California faces in an industry where tax credits and other financial inducements increasingly drive where movies are filmed around the world.

Fresh evidence of that emerged Thursday in a feature film study from FilmL.A. Inc., the nonprofit group that handles film permits for the city and county.

The second annual report found that only 22 of 106 films released by the major studios in 2014 were actually filmed in California. The rest of the movies were shot in New York, Britain, Canada, Georgia, Louisiana, Australia and a dozen other states and countries.

Only two films with budgets above $100 million were filmed primarily in California: Marvel's “Captain America: The Winter Soldier” and Paramount's “Interstellar.” Even those films spent considerable time and money in other locations that offer tax credits and rebates to lure filmmakers.

The exodus of big movies from California has been happening for years. When local film production peaked in 1997, 64% of the top 25 movies at the box office were filmed in California, compared with 16% last year.

“We’ve waited so long to truly get involved in the competition that we’ve allowed some major production centers to be created around the world,” said Paul Audley, president of FilmL.A.

As for “San Andreas,” the movie filmed some scenes in Los Angeles and San Francisco but most of the two-month shoot took place at Village Roadshow's Studio on the Gold Coast in Queensland, Australia.

Warner’s decision was not surprising.

Few big movies have filmed in California because they were excluded from the state’s financial incentives.

That’s about to change. To stop the exodus of production, state lawmakers last year approved an expansion of the film and TV tax credit program. The new program triples annual funding to $330 million a year and for the first time allows big budget films to apply for the incentives.

Studios will apply for feature film tax credits under the new program in July.

“The new program should result in us getting several of the large features back in California,” Audley said.