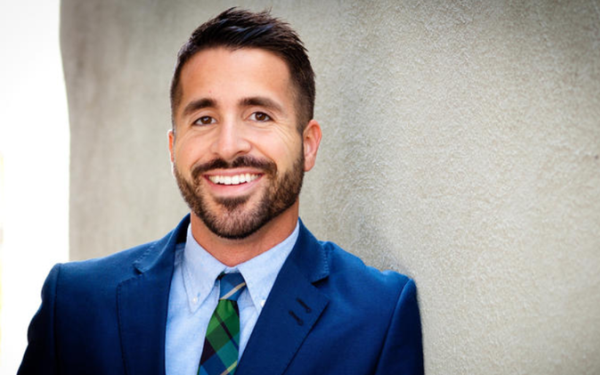 Michael LaCour, the UCLA political scientist accused of falsifying results in a highly publicized same-sex marriage study, lashed back at his critics late Friday by issuing a 23-page response that also included apologies for "misrepresenting survey incentives and funding."

LaCour has been at the center of an academic firestorm since May 19, when a team of researchers published information online that raised serious questions about the validity of a study he co-wrote in the journal Science last December.

In his response, which was emailed to the Los Angeles Times on Friday, LaCour called his critics' behavior "unethical" and said he was unable to provide supporting evidence for his findings because survey data had to be destroyed to maintain the privacy and confidentiality of study participants, as required by UCLA.

"I take full responsibility for destroying data in the interest of institutional requirements," LaCour wrote.

He also suggested that researchers who published a criticism of his work had themselves manipulated data in a way that would enhance their argument. LaCour said this manipulation was a "curious and possibly intentional 'error.'"

But the researcher also admitted to and apologized for serious misrepresentations: That he had not paid cash compensation to study participants as he had claimed and that he had lied about funding sources.

LaCour's response comes one day after Science retracted the paper, which was co-written by Columbia University political scientist Donald Green.

The study concluded that a short conversation with a gay or lesbian canvasser on the topic of same-sex marriage had the ability to change attitudes on the hot-button topic. Its findings were widely reported in the media.

Marcia McNutt, editor in chief of Science, said the journal retracted the paper with Green's concurrence, and cited three reasons for the action:

McNutt wrote that LaCour's attorney had confirmed that the researcher misrepresented the way he recruited participants for his study and in fact never paid volunteers to complete online surveys, as he had claimed.

LaCour's lawyer also acknowledged that the researcher had falsely claimed he had received research funding from the Williams Institute, the Ford Foundation, and the Evelyn and Walter Haas Jr. Fund, according to McNutt.

Finally, and perhaps most significantly, McNutt wrote that, “LaCour has not produced the original survey data from which someone else could independently confirm the validity of the reported findings.”

In his response Friday, LaCour said that instead of paying cash to participants, he "raffled Apple computers, tablets and iPods to survey respondents as incentives. ... Some of the raffle prizes were purchased for a previous experiment I conducted."

LaCour said that although he had received a grant offer from the Williams Institute, he never accepted the funds. He said the Los Angeles LGBT Center, which helped conduct the initial interviews with residents, had received funding from the Evelyn and Walter Haas Jr. Fund. "The Ford Foundation grant did not exist," he wrote.

The initial part of the study involved LGBT Center canvassers going door-to-door in Los Angeles neighborhoods that had voted overwhelmingly for Proposition 8, the 2008 ballot measure that repealed same-sex marriage in California.

In order to gauge the effects of these brief meetings, LaCour said he oversaw a nine-month follow-up survey of residents online.

However, when another team of researchers set out to expand the paper's findings and conducted a similar pilot study in Miami, it found its survey response rate to be “notably lower” than LaCour's.

When the Miami researchers sought additional advice from the survey firm that LaCour had reportedly employed, they grew suspicious.

“The survey firm claimed they had no familiarity with the project," the researchers wrote. “The firm also denied having the capabilities to perform many aspects of the recruitment procedures described.”

They said that some of the paper's key data were identical to that of a different national survey conducted in 2012: the Cooperative Campaign Analysis Project. That discovery raised “suspicions that the data might have been lifted from CCAP,” the researchers wrote.

The researchers compiled their findings in a 26-page report and sent it to Green. When confronted with the findings, Green sent a letter to Science on May 19 requesting that the paper be retracted.

“I am deeply embarrassed by this turn of events and apologize to the editors, reviewers, and readers of Science,” Green wrote.

In an email to The Times on Thursday, Green said that since LaCour had failed to pay participants incentives, this might be evidence that no follow-up survey was ever performed.

On Friday, LaCour took issue with the timeline his critics used in their critique and argued that their failure to achieve similar response rates was probably because they had not followed procedures.

He also said their decision to conduct an investigation and publish it online without first seeking his response, or peer review, was "unprecedented, unethical, and anomalous in the relevant literature."

Asked for a comment on LaCour's response, Broockman and his colleagues issued the following statement late Friday:

"We stand by the findings reported in 'Irregularities in Lacour (2014).' In our view, none of the claims made in LaCour’s response meaningfully address the concerns articulated in our report, Professor retraction request, or the Science retraction."