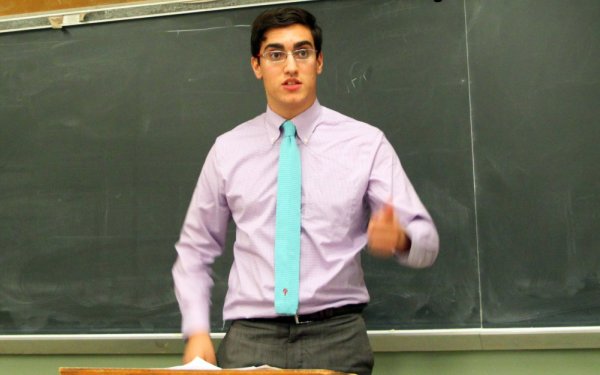 Feras Morad was killed in what police say was a bizarre confrontation with an officer trying to help him.
(Credit: latimes.com)

The shooting of an unarmed college student and debate team member by Long Beach police last week is coming under scrutiny.

Feras Morad, 20, was killed Wednesday night in what police say was a bizarre confrontation with an officer trying to help him. Relatives and friends of Morad, who attended Moorpark College, have criticized the police in online postings. They say he was killed while “unarmed and in desperate need of medical attention.”

The shooting is the subject of ongoing investigations by the Long Beach police and the Los Angeles County district attorney’s office. The officer has not been identified.

Police say Morad became violent and appeared to be under the influence of drugs while with friends at an apartment on East 15th Street. He started “acting erratically and got into a physical altercation with his friends that lasted approximately 10 minutes,” according to a Police Department statement.

Morad then jumped through a second-story plate-glass window, the release said. An arriving officer saw a man covered in blood and announced he was there to help him, according to the release, but Morad moved toward him “telling the officer he was going to attack him.”

After using a Taser and “an impact weapon” on Morad without success, the officer shot him, according to the police statement.

Kareem Morad, a cousin of the victim, said in an interview Sunday that Feras was a good man who made a bad decision. He said he had made the “silly mistake of experimenting with [hallucinogenic] mushrooms and, unfortunately, he had a bad reaction to it. He needed help and he didn’t get the help he needed.”

Kareem Morad said the family is still in shock and believe the police overreacted. He said Feras Morad was not a threatening figure.

“He is 160 pounds, 5-10 and he has never been to the gym in his life,” he said. “He wasn’t wearing his glasses, he was in his own world, and he could not understand what was going on when the officer gave him commands.”

Kareem Morad said his cousin did not have a history of drug use or mental health problems.

“Feras was someone who spent his weekends studying,” he said. “His dream was to go to Harvard Law.”

Morad attended El Camino Real Charter High School, where he excelled at speech and debate, qualifying for the national championships his senior year. He continued to debate competitively as a student at Moorpark College, participating in a national community college competition this year.

He planned to transfer to Cal State Long Beach in the fall.

Kareem Morad said the family is considering legal action against the police department.

“It is real tough right now,” he said. “His mother is completely broken down and had to be sent to the hospital after this situation, and his father doesn’t want to think about a lawsuit because it won’t help him. He just wants his son back.”