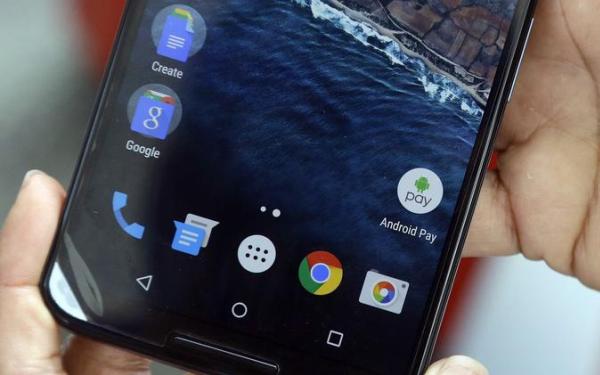 Sherice Torres, director of marketing for Android Pay, shows the icon for the Android Pay app on a phone in San Francisco on May 28. Using the payment app will give Google more information about users
(Credit: Jeff Chiu / Associated Press)

Unending scrutiny from regulators is keeping pressure on Google to get better about explaining how it tracks users and how they can tinker with privacy settings.

On Monday, Google unveiled a website at privacy.google.com that answers questions more clearly than ever.

In case you didn’t know, Google keeps a record of what websites you visit, where you travel to and what videos you watch on YouTube. It probably has your name and phone number, but it doesn’t sell information that would identify you. If you use Gmail and Drive, Google also has access to the contents of emails and documents.

Collecting all of that information makes its services more useful, relevant and secure, Google says. The data also is essential to its business of showing ads across the Internet, which produces huge profits and 90% of the company's revenue.

A 500-person security team at the 55,000-employee company, and technologies such as encryption, are deployed to protect the data, Google said.

But people concerned either about their privacy or the security of that data do have options, and Google introduced a revamped privacy control center to show people how they can turn off features such as location-tracking on their smartphones or advertising that is based on search queries and Web visits.

For instance, Web-goers might want to delete their browsing history after visits to websites that could raise suspicions with their boss, parents or spouses. But Google’s new privacy website notes that depending on your settings, Google might also have an easily accessible record of those Web visits. The privacy tool points to a Google page where those logs can be scrubbed.

Google said “there’s much more to come” to make its vast databases of personal information easier to navigate. The company has had to answer to regulators in Germany, Netherlands and elsewhere who have raised privacy concerns. In April, European Union officials also accused Google of abusing its search-engine dominance to favor its own comparison shopping services over those of its rivals.

What Google didn't say about its self-driving cars