Eden unearths the grim backstory of EDM’s rise to popularity 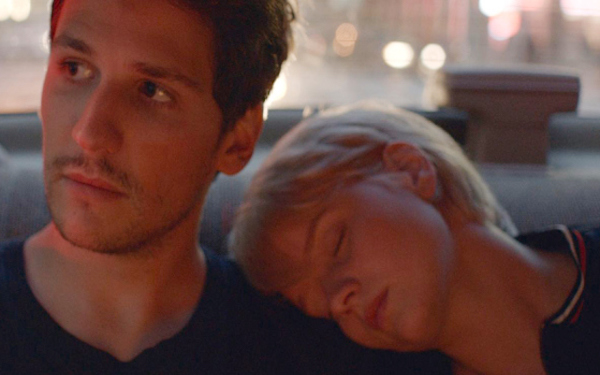 If you’re walking by a club and you hear the unearthly boom of bass, the contagious beats of synth, and the roaring cheers of a satisfied crowd, you are witnessing a step in music’s evolution. Whether it’s a step in the right direction is up to you, but what can’t be denied is that those who hold the discs have immeasurable amounts of power, if only to be used wisely.

This is the world that director Mia Hansen-Løve (Father of My Children) witnessed as her brother Sven traipsed through the precarious waters of potential fame and potential destruction. Through Eden, we see a fictionalized account of what its like to be a DJ at the turning point of electronic music in the 90s, when musicians from all around world were trying to attain a new sound that the world was yet to master.

Paul (Félix de Givry) and Stan (Hugo Conzelmann) are two such musicians, honing in on the new genre of garage electronic that originated in the states, and transporting it to the clubs of Paris where listeners soak it up via their moniker Cheers. Of course, the road to riches is oft riddled with potholes in the shape of drugs, tumultuous relationships, and a constantly shifting industry of taste.

Through Paul, a character roughly based on her brother, Hansen-Løve explores why these artists dare the precarious track to stardom worthy of their ceaseless time and energy despite the potential loss. By strategically following the success of Cheers’ alongside that of their (fictional) friends and compatriots Daft Punk, Hansen-Løve projects the helplessness and envy with which musicians must live their lives, while also putting into perspective the scope of this world for viewers who are more unfamiliar with electronic music.

More interesting than the fame and glory that may or may not be acquired is how that journey affects the individuals who set their sights on it. Stretching the storyline over a decade, and by illustrating the fleeting quality of love and sex, we see Paul and his friends crumble and rebuild, distress and strengthen. For some, they simply fall and never rise again.

It brings to mind films like It’s All Gone Pete Tong (2004), which showcased how a DJ with immeasurable wealth and success can manage to throw it all away for superficial distractions. While Pete Tong has an extremely loud and often obnoxious aesthetic, it holds something over Eden: a lasting impression.

While Hansen-Løve’s direction is mindfully delicate and often romantic, the energy of the DJ world—the music and all the vibrancy that comes with it—doesn’t shine through. Through rather lackadaisical editing that falls leagues behind the rhythm of the music, the result is woefully stagnant as the characters within dance unenthusiastically. The passion that not only the DJs have, but the people they play for appears contrived, and it ultimately makes the rather long takes of club scenes halt the progress of the narrative.

The same goes for the exploration of Paul’s numerous romances. While the evocation of fleeting relationships was on point, the cold ego of someone in love with their work and not their lover was tepid in comparison. Playing the girl he thought he’d never get over is the ever-delightful Greta Gerwig (Frances Ha), but even she manages to come across flat and dispassionate.

While the downfalls are apparent, Hansen-Løve’s motives are clear. The aim to capture the more introverted side of the electronic scene rather than depict what we may already know about it is appreciated and valued; however, it remains unfortunate that the life of the genre and the relationships that helped build it and fell victim to it were passed over and cast aside.