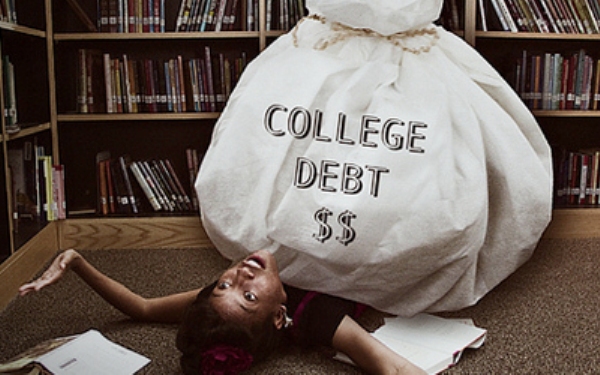 WASHINGTON — As college costs continue to climb, Congress is taking a fresh look at federal financial aid and considering ways to stop states from driving up tuition at their public universities.

“Now’s the time that we do need federal leverage to make sure that states do not abandon their responsibility for higher education,” F. King Alexander, president and chancellor of Louisiana State University, told the Senate Health, Education, Labor and Pensions Committee.

In a hearing on the reauthorization of the Higher Education Act, Alexander described declining state funding as “the greatest challenge facing higher education today.”

Funding for higher education routinely has been slashed from state budgets over the past two decades, with cuts growing deeper in the years since the Great Recession. Public universities have increased tuition in response.

Louisiana is an especially bad offender, having decreased its spending per student by 42 percent since 2008 — second only to Arizona, which has decreased spending by 47 percent. Montana posted the lowest decrease, at 2 percent.

But the rest of the country is not far behind, with 31 states having cut per-student funding by more than 20 percent in the years since the recession, according to a study by the left-leaning Center on Budget and Policy Priorities.

“I don’t think you can overstate just how dramatic the decline,” Michael Mitchell, a policy analyst for the center, told the panel.

What Congress can do to reverse the trend is unclear. Ideas suggested at the hearing included incentivizing states to increase their funding, creating a floor for higher education spending that states must stay above, and freeing up funds for higher education by cutting states’ spending requirements in other areas.

There appeared to be at least some bipartisan agreement that the issue has reached a point where federal action was needed.

“I’m totally on board with the idea that we should look at higher education funding in somewhat of the same way we look at transportation funding, whereby we require a minimum state contribution,” said Sen. Chris Murphy, D-Conn. “It just seems like we should expect something from the state government other than cuts after cuts after cuts.”

Funding cuts have meant that the cost of college has shifted in large part from the states to the students, and many students have had to take on significant debt as a result. Nearly 60 percent who graduate from public four-year colleges now leave in debt, with an average of more than $25,000 to pay back, the Center on Budget and Policy Priorities found.

Students who drop out of college, having dug themselves into debt but lacking the diploma that could provide the return on their investment, are often even worse off.

Some who would be interested in college but choose not to attend because of the high costs and are not aware of the aid available in the form of grants and scholarships are also affected. Low-income students and students of color especially fall victim to this, Mitchell noted.

“This is a tragic waste of human potential,” said Judith Scott-Clayton, a faculty research fellow at the National Bureau of Economic Research and assistant professor at Columbia University. “It’s getting worse, and it demands policy solutions.”