Leave room for 'The Americans,' 'Empire' in the drama series category 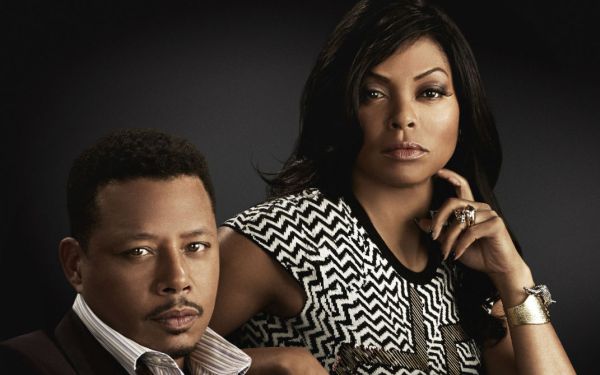 Walter White's gone (but not forgotten), and "True Detective" took the Emmy year off, apparently to give Colin Farrell time to grow one magnificent mustache. That gives voters two openings for new dramas, in addition to the extra slot the television academy added this year when it expanded the series categories to seven nominees. What will be rewarded? An early look at what is always a hotly contested Emmy category:

"Orange Is the New Black"

Prime contenders: "The Affair," "The Good Wife," "The Americans," "Homeland"

For your consideration: "The Americans" delivered another season of soul-searching moral complexity, this time homing in on the Jennings' relationship with their teenage daughter, Paige, and her growing awareness that something's not quite right in the household. Initially, the conflict centered on philosophical differences between the parents, which were surprisingly relatable given that most people watching aren't foreign spies tasked with the occasional on-the-job murder and the possible forced recruitment of their children into the family business.

This being "The Americans," the focus soon became the collateral damage brought about by the relentless pursuit of ideology. The dark, sober-minded show has never been easy to embrace, reflected in its ratings and, to this point, its lack of success with Emmy voters. But it belongs among the nominees.

Analysis: With the broadened category and the openings created by the absence of "Breaking Bad" and "True Detective," it would be surprising if Emmy voters didn't return the rest of last year's nominated class — "Mad Men," "House of Cards," "Game of Thrones" and "Downton Abbey" — to the fold once again. It takes a lot for Television Academy members to rescind invitations to the party. So even though "Downton Abbey" delivered a disappointing season that had fans hurling scones or crumpets (or whatever it is they take with their tea while watching this show), you can probably count on another nomination. I know, I know. Try to ration your excitement.

That still leaves three openings, one of which will likely be filled by Netflix's "Orange Is the New Black," which, free from its first-season focus on Taylor Schilling's wide-eyed newbie, expanded its ambition, allowing television's best acting ensemble to impress us in new and often astonishing ways. Netflix petitioned the academy to place "Orange" as a comedy, but it really belongs here, and I can't imagine that most voters won't agree.

The two remaining slots will pit the best of this year's freshman class — "Empire," "Better Call Saul," "The Affair," "Bloodline," "The Knick" — against past nominees like "The Good Wife" and "Homeland," series that have remained relevant well into their runs but that might find themselves squeezed out by the strength of these new shows. "Saul" immediately established itself as a worthy successor to "Breaking Bad," displaying all the visual and narrative inventiveness and great acting you'd expect from this team.

And although some dismiss "Empire" as too soapy to earn a nomination (like "Dynasty" wasn't?), it's hard to believe voters won't salute this ratings powerhouse for, at the very least, its audacious theatricality. "Empire's" first season was event television in the best possible sense, and, faced with the option of going big or going home, I'd guess the Television Academy will embrace the show's wildly entertaining brand of crazy. If God can't kill Lucious, who's to think voters can deny the show the cred it's due?