Summer reading: everything under the sun 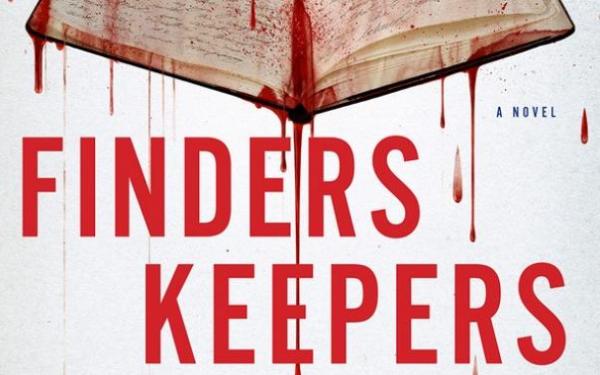 Perhaps you’d like to travel to the Indian Ocean or Argentina or coastal Maine.

Or you might simply wish to get off the planet entirely. After all, when the moon is blown to smithereens, you want to get out of the way.

All these are possibilities that await you in the many books that are coming out this summer, from adventures on the high seas — in Amitav Ghosh’s “Flood of Fire,” the conclusion of his Opium Wars trilogy — to Neal Stephenson’s latest futuristic novel, “Seveneves,” in which as much of humanity as possible flees Earth to avoid a catastrophe.

There are also somewhat quieter pleasures to be had.

This summer marks the return of authors who have been lying low, among them Milan Kundera, best known for “The Unbearable Lightness of Being,” who has written his first novel in more than a decade. And then there is Harper Lee. On July 14, 55 years after the publication of “To Kill a Mockingbird” — one of the most cherished books in American letters — 2 million copies of a follow-up, “Go Set a Watchman,” will be released. (You might have read a thing or two about this, much of it questioning just how involved Lee, age 89 and frail, was in the decision to publish.)

It’s also a season of farewells. Kent Haruf, the great chronicler of everyday life in Colorado’s High Plains, completed his final novel, “Our Souls at Night,” shortly before dying in the fall at age 71; it’s just been published. And Oliver Sacks, who is dying of cancer, has written “On the Move,” a look back at a life filled with irrepressible curiosity about the world around him. It’s as good a guide as any to lead the way for the rest of us.

The Complete Patrick Melrose Novels, by Edward St. Aubyn (Picador; May). St. Aubyn’s acclaimed series of five semiautobiographical novels that skewer the English upper class is collected — for the first time — in a single volume. At 857 pages, this handsome paperback just might be enough to keep you busy for the whole season.

A God in Ruins, by Kate Atkinson (Little, Brown; May). Atkinson’s companion to her 2013 best-seller “Life After Life” follows the younger brother of that novel’s repeatedly dying, repeatedly reborn protagonist as he comes of age in postwar Britain.

Loving Day, by Mat Johnson (Spiegel & Grau; May). In Johnson’s satirical novel, a man comes home to the United States, having inherited his father’s crumbling mansion in a black Philadelphia neighborhood. There he comes to know his teenage daughter — who doesn’t think of herself as being African American.

Mislaid, by Nell Zink (Ecco; May). Zink’s comic novel — following the surprise success of her small-press debut “The Wallcreeper” — centers on a Virginia mother and daughter who adopt African American identities.

Our Souls at Night, by Kent Haruf (Knopf; May). Taking place, like his other works, in the fictional Colorado High Plains town of Holt, this elegiac novel tells of two widowed neighbors who fall for each other.

Re Jane, by Patricia Park (Pamela Dorman; May). Proving that “Jane Eyre’s” appeal is timeless and universal, Park adapts the novel to Queens, N.Y., and Seoul in a lighthearted retelling.

Seveneves, by Neal Stephenson (William Morrow; May). The speculative fiction writer goes far into the future — 5,000 years, to be exact — in an 867-page saga about humans returning to Earth.

The Cartel, by Don Winslow (Knopf; June). Winslow’s sequel to “The Power of the Dog” (2005) paints an urgent portrait of the Mexican American drug wars.

The Diver’s Clothes Lie Empty, by Vendela Vida (Ecco; June). In the Marin County author’s latest novel, a woman assumes a new identity (and finds her sense of self unraveling), after being robbed of her passport and credit cards in Morocco.

The Festival of Insignificance, by Milan Kundera, translated from the French by Linda Asher (Harper; June). Kundera, the Czech-born writer who has lived in France since the mid-1970s, explores the lives of four Parisian friends in a dialogue-rich novel, already a best-seller in Europe.

Finders Keepers, by Stephen King (Scribner; June). It wouldn’t be summer without a King door-stopper, this one about a crazed fan who has it out for a reclusive writer.

In the Country, by Mia Alvar (Knopf; June). The scope of this debut story collection reflects the global background of its author, born in the Philippines and raised in Bahrain and the United States.

In the Unlikely Event, by Judy Blume (Knopf; June). The beloved children’s author has written her first adult novel in 17 years, telling a multigenerational story of a woman who’s back in New Jersey for an emotional reunion.

The Sage of Waterloo: A Tale, by Leona Francombe (Norton; June). It’s Napoleon versus the Duke of Wellington — through the eyes of a rabbit.

The Sunken Cathedral, by Kate Walbert (Scribner; June). There goes the neighborhood — in more ways than one. In Walbert’s novel, Manhattan’s ever-evolving Chelsea is threatened by rising waters.

The Truth According to Us, by Annie Barrows (Random; June). The best-selling Berkeley author (“The Guernsey Literary and Potato Peel Pie Society”) takes readers to rural West Virginia during the Great Depression.

Go Set a Watchman, by Harper Lee (Harper; July). The most anticipated book of the summer, Lee’s novel revisits the fictional town of Maycomb, Ala., two decades after the events of the classic “To Kill a Mockingbird.”

The Gods of Tango, by Carolina De Robertis (Knopf; July). In the Oakland author’s third novel, a violinist in early-20th century Argentina conceals her gender in order to play tango in public.

The Meursault Investigation, by Kamel Daoud; translated from the French by John Cullen (Other Press; July). The first novel by Daoud, an Algerian writer, re-envisions Camus’ “The Stranger” from the point of view of the brother of the nameless Arab man murdered in that novel.

The Complete Stories, by Clarice Lispector; translated by Katrina Dodson (New Directions: August). Eighty-six stories by the cult-favorite Brazilian author (1920-77) are collected in English for the first time.

Flood of Fire, by Amitav Ghosh (Farrar, Straus and Giroux; August). Ghosh’s epic Ibis trilogy, set during the Opium Wars, concludes with this installment, journeying from India to China and ending with the British occupation of Hong Kong.

Fortune Smiles, by Adam Johnson (Random House; August). The San Francisco author who won the Pulitzer for his novel “The Orphan Master’s Son” has written his second story collection.

The Marriage of Opposites, by Alice Hoffman (Simon & Schuster; August). Hoffman transports readers to the West Indies island of St. Thomas for her most recent novel, about the mother of Impressionist painter Camille Pissarro.

The State We’re In, by Ann Beattie (Scribner; August). Women are at the heart of Beattie’s linked stories, many set on Maine’s coast.

The Argonauts, by Maggie Nelson (Graywolf; May). Nelson explores raising children, marriage and queer love in a book whose brevity (143 pages) belies the many profound questions she tackles.

Hold Still: A Memoir With Photography, by Sally Mann (Little, Brown; May). The American South — and Mann’s life there — come alive in a graceful pairing of words and images.

Leaving Orbit: Notes From the Last Days of American Spaceflight, by Margaret Lazarus Dean (Graywolf; May). Dean shares her fascination with spaceflight in this tribute that’s propelled by an infectious sense of wonder.

On the Move: A Life, by Oliver Sacks (Knopf; May). In this impassioned autobiography, Sacks recounts his upbringing in England and freewheeling life in his adopted United States, including his biker days in San Francisco.

Barbarian Days: A Surfing Life, by William Finnegan (The Penguin Press; July). The New Yorker writer examines an obsession that has taken him around the world, from the South Pacific to Africa, with much of that time spent in San Francisco.

The Wright Brothers, by David McCullough (Simon & Schuster; May). The esteemed historian chronicles the lives and achievements of the aviation pioneers.

Nabokov in America: On the Road to Lolita, by Robert Roper (Bloomsbury; June). Embedded in “Lolita’s” genius lies an exile’s passion for the United States, as Roper reveals.

Crowded by Beauty: The Life and Zen of Poet Philip Whalen, by David Schneider (UC Press; July). An admired figure within the Beat movement, Whalen, who died in 2002, also devoted 30 years of his life to being a Zen monk.

The Last Love Song: A Biography of Joan Didion, by Tracy Daugherty (St. Martin’s; August). Daugherty, who has published books about Donald Barthelme and Joseph Heller, has written the first major biography of the influential author.

Daughters of the Samurai: A Journey From East to West and Back, by Janice P. Nimura (Norton; May). Nimura unveils the story of five Japanese girls who, in 1871, were sent to the United States to learn the ways of the West — and became celebrities in the process.

Spectacle: The Astonishing Life of Ota Benga, by Pamela Newkirk (Amistad; June). Newkirk revives the horrific story of a young Congolese man who in the early 1900s was caged and displayed in the Monkey House of New York’s Zoological Garden.

The Complete Eightball 1-18, by Daniel Clowes (Fantagraphics; June). The 25th anniversary of Eightball, the singular comic book series by the Oakland cartoonist (“Ghost World”), is celebrated in this slipcased set of two hardcover volumes.

In Search of Lost Time: Swann’s Way: A Graphic Novel, by Marcel Proust, adapted by Stéphane Heuet, translated from the French by Arthur Goldhammer (Liveright; July). Could this be the summer you’ll finally get through Proust’s masterpiece? Probably not. But this faithful adaptation of the first volume, “Swann’s Way,” just might get the ball rolling.