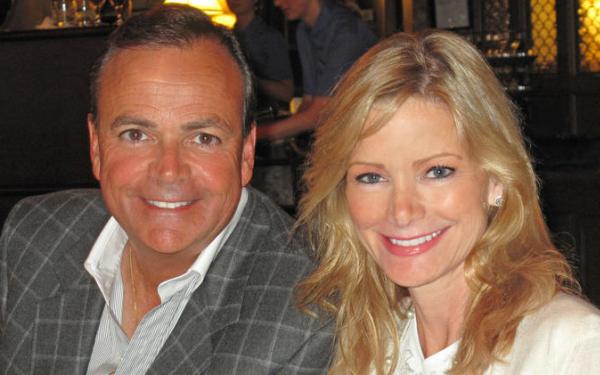 Los Angeles developer Rick Caruso recalls the emotional moment last year after USC doctors inserted a new hearing device into his daughter’s ear canal. The teenager, who had struggled with mild to moderate hearing loss since birth, suddenly started crying because of the clarity of the sound around her.

Gianna Caruso, now 15, had relied on external hearing aids most of her life and had learned to read lips. With the new internal device, known as a Lyric hearing aid, she heard subtle sounds such as water gushing in a fountain or the chirp of a distant bird, her father said.

That experience influenced him and his wife, Tina, to donate $25 million to the department at USC’s Keck School of Medicine that treats ear, nose, throat, head and neck problems and a related clinic that aids children with hearing loss. The gift is being announced Thursday.

“We want to be able to give more kids an opportunity for a very full and rich life and to minimize the struggles that come with hearing loss,” said Rick Caruso, who is the chief executive of the firm that developed the Grove in Los Angeles and the Americana at Brand in Glendale, and that is working on a new luxury resort to replace the former Miramar Hotel in Montecito.

Caruso is a USC alumnus and has been on the school’s board of trustees since 2007. He previously gave the university $10 million, including the lead gift to build the church and center for Catholic students that opened in 2012. Two of his sons have graduated from USC, a third attends there now and his daughter, Gianna, hopes to become a Trojan too, he said.

The Department of Otolaryngology-Head and Neck Surgery treats cancer, thyroid disorders, facial paralysis, hearing loss and other health problems. The affiliated Center for Childhood Communications treats more than 5,000 children a year with cochlear implants, speech therapy and other assistance for hearing loss. Both the department and the clinic will be named after the Carusos.

John K. Niparko, the department chairman, said in a statement that the Caruso gift will help expand services to children and bolster research into such areas as stem cell therapies that might reverse hearing loss. “Early intervention is critical to ensure that children with hearing loss develop their speech and language skills,” he said.

USC is in the midst of a major campaign seeking to raise $6 billion by 2018; it has received more than $4.2 billion so far, officials said.