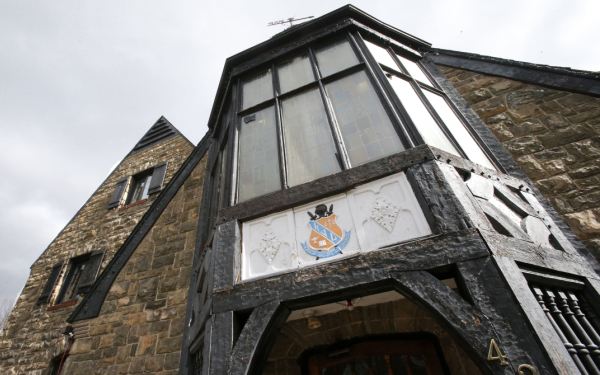 PITTSBURGH — The national office for a fraternity accused of keeping a private Facebook page with nude photos of drunk, unconscious female students at Penn State University has expelled 38 members from the university’s chapter and revoked its charter for three years, an official said Monday.

The statement from Kappa Delta Rho’s national headquarters in Greensburg came shortly before an 11 a.m. news conference in Philadelphia, at which an attorney for former KDR member James Vivenzio, who reported the Facebook page to police, announced his client has filed a lawsuit against Penn State, the campus fraternity chapter and its national office.

Attorney Aaron Frewiald described a culture of physical and psychological abuse of fraternity pledges and others. He said the university was made aware of the situation months ago, but apparently did not act decisively.

Lisa Powers, a Penn State spokeswoman, could not immediately be reached for comment regarding the news conference and lawsuit. The suit was filed in Common Pleas Court in Philadelphia.

With Vivenzio, 21, and his parents looking on, their attorney cited “humiliating” and “degrading” images, mostly of women, but also of men.

State College police, who have been conducting a criminal investigation, said the Facebook page had 144 active members including students and graduates. The page also contained derogatory comments.

“There was an image of a young woman who lost control of her bowels from liquor, passed out on a sofa,” Frewiald said.

He alluded to drug activities, assault and other acts that he said his client sought to draw attention to.

“I’m hoping we can end hazing at Penn State and elsewhere,” said Vivenzio, who addressed the news conference.

“What really allowed these horrible things to take place was the attitude and the practice and the culture of this fraternity, of the national fraternity and the university,” he said.

Joseph Rosenberg, executive director at Kappa Delta Rho national headquarters, said the expulsions followed Penn State’s announced sanctions against the chapter last week, and a review and reorganization by the national office. Penn State announced it had effectively shut down the Kappa Delta Rho campus chapter for three years by removing its recognition as a student organization.

The fraternity’s review was “guided by a deep commitment to our values, among which is respect for all persons at all times.

“It is clear that the conduct of some members of our Penn State chapter did not meet this standard,” Rosenberg wrote.

Those members not expelled have been moved to alumni status, Rosenberg said. He expressed gratitude to members “who assumed responsibility after the regrettable events” and thanked the new president of the chapter, Tom Friel, for positive efforts since.

Unlike Oklahoma, which has announced the expulsion from campus of unnamed fraternity members in that case, Penn State officials say they will not confirm if any individual members are sanctioned, and what those sanctions are, citing a different interpretation of the Federal Educational Rights and Family Rights Act (FERPA).

Word of the private Facebook page at Kappa Delta Rho surfaced in March. The incident, coming within days of discovery of a racist fraternity chant caught on video at the University of Oklahoma, drew national attention to fraternity transgressions.

The Penn State case also came amid an ongoing discussion about sexual assault on college campuses. It hit a campus still rebounding from the Jerry Sandusky child sex abuse scandal, which spawned criminal charges against some former leaders accused of being part of a cover-up of assaults on young boys by Sandusky, a retired assistant football coach at Penn State, now in prison.