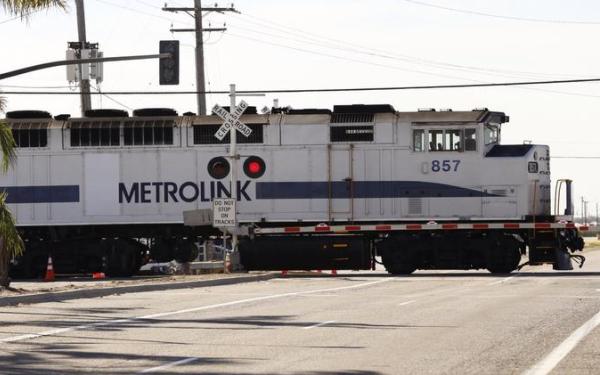 Faced with declining ridership and revenue, the Metrolink commuter railroad that serves Southern California will try to attract new customers by experimenting with lower fares on the Antelope Valley line and big discounts for certain pass holders systemwide.

If the reductions improve boardings and the bottom line, the results could set the stage for a major change in fare policy and lower ticket prices across the railroad's seven routes in six counties.

"I'm concerned that our current system discourages shorter trips," Metrolink Chief Executive Art Leahy said. "I am interested in making adjustments to our fares that will benefit our riders, increase overall ridership and maximize our revenue."

Once hailed as the fastest-growing commuter line in the nation, the railroad was launched in 1991 as a way to ease highway congestion by moving people long distances between Los Angeles and surrounding counties.

In recent years, however, it has struggled to build ridership and revenue. Buffeted by the recession, changing employment patterns in Los Angeles and customer service issues, annual ridership has dropped to about 11.75 million in fiscal 2013-14 from about 12.68 million passengers in 2007-08.

The decline has occurred even though Metrolink has hired experienced marketing professionals, courted employers, tapped into social media and added express service as well as special event trains. Safety also has been improved since the deadly Chatsworth crash in 2008.

The Antelope Valley line serves a hotbed of residential development north of Los Angeles. It carries commuters from Lancaster and Palmdale, through the Santa Clarita Valley, to Union Station in downtown L.A. But average daily ridership has dropped to 5,725 in April from 5,838 a year earlier.

For six months starting July 1, riders traveling to destinations between Union Station and Lancaster will receive a 25% fare reduction, except for weekend pass holders. The change means the standard round trip for the entire length of the route will cost $22.50 instead of $30, while the regular monthly pass would drop to $320 from $426.75.

Monthly passes purchased by students and youths will be discounted 25% on all routes. In addition, students, youths, senior citizens, Medicare recipients and people with disabilities will get an additional 25% off their discounted monthly passes if they travel the Antelope Valley Line.

Assuming the maximum discount, a student, for example, would pay $213.38 instead of $362.75 for a monthly pass to travel between Union Station and Lancaster.

"Awesome. That would be so nice," said Zane Sipotz of Newhall, who attends the Los Angeles County High School for the Arts. He estimates that riding Metrolink now costs him about $225 a month.

To encourage more short distance travel on the Antelope Valley Line, Metrolink will charge $2 to go station to station, which means a trip between Union Station and Glendale will cost $2 instead of $5, $4 instead of $6.25 to Burbank and so on until it becomes cheaper to buy a regular ticket. The fare does not apply to round trip tickets, 7-day passes and monthly passes.

In addition, the reduced fares on the Antelope Valley Line will be valid on Ventura line trains between downtown Burbank, Glendale and Union Station.

"This is a great idea," said Akilah Lyons-Moore of Santa Clarita, who commutes to downtown Los Angeles on the Antelope Valley Line three times a week. She now pays $20 for a round trip. "I would definitely ride the train every day to work."

The pilot program is scheduled to end Dec. 31 unless the Metrolink board of directors makes the reductions permanent before then. Jeff Lustgarten, a railroad spokesman, said the results of the experiment and recommendations could go before the board as soon as fall, with policy decisions to follow by year's end.

Metrolink officials expect the program to provide a trove of data and show whether lower ticket prices can improve ridership and revenue. Favorable results, they say, could trigger fundamental changes in the railroad's fare system.

"We are looking for the sweet spot here," Lustgarten said. "We are hoping to increase riders and our revenue stream."

Bart Reed, executive director of the Transit Coalition, praised the fare experiment, especially the $2 station-to-station ticket price, which he described as a potential "game changer."

Reed said, however, that the lower fares should be combined with additional trains, more convenient schedules that are synchronized with public transit and new amenities for riders, such as Wi-Fi and the ability to buy tickets online with their cellphones or computers.

"Those who don't use Metrolink might try it and you'd get some new business," Reed said. But if new riders encounter bad service, the fare reductions might not work, he added.

The railroad's board approved the fare reduction program in April on a motion from L.A. County Supervisor Michael D. Antonovich, whose district includes the Antelope Valley Line. The Los Angeles County Metropolitan Transportation Authority, one of five transportation agencies that helps fund Metrolink, later provided at the supervisor's request $2.5 million for the study.

"In addition to a temporary fare reduction for current riders on the Antelope Valley Line," Antonovich said, "this pilot program will provide an incentive for any prospective riders to try the system and perhaps become regular customers."

Antonovich said the fare reduction is part of a broader plan to improve the customer experience at Metrolink. The railroad is in the process of buying new locomotives, installing a second set of tracks in certain areas, replacing unreliable ticket vending machines at stations and offering online ticketing options as well as Wi-Fi.