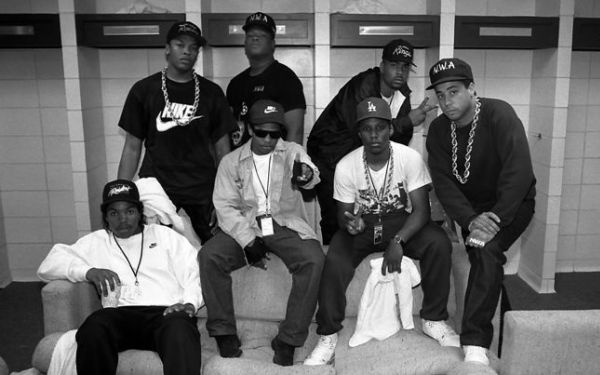 Three surviving members of the group N.W.A., which defined West Coast gangsta rap and forever changed American music culture, will reunite for a performance at the BET Experience in Los Angeles on June 27, according to an interview in Rolling Stone with founding member Ice Cube.

Cube, MC Ren and DJ Yella will perform N.W.A material together for the first time in 26 years. Cube and Ren most recently performed together in 2000; Yella hasn’t joined them since 1989. The group’s other core member, Eazy-E, died in 1995 from complications of AIDS.

Dr. Dre, perhaps the group’s best-known figure, isn’t scheduled to perform with them, but Cube didn’t rule it out.

“If you wish upon a star, you never know. ... I hope he blesses us with his presence. But if not, I’ve been rockin’ for a long time without anybody. So whoever shows up, I’m still gonna rock. Whoever don’t show up, we still gonna rock.”

“Our expectation level is so high, and if we meet our threshold, the world gets to hear what it is,” Cube said. “If we don’t, we still need more time together to make it happen.”

The BET Experience also will feature sets from members of Black Hippy, Kendrick Lamar’s quartet of artists that includes Schoolboy Q, Jay Rock and Ab-Soul (Snoop Dogg is scheduled to make a guest appearance). The occasion will mark a meeting between two of the most influential hip-hop groups to come out of L.A.