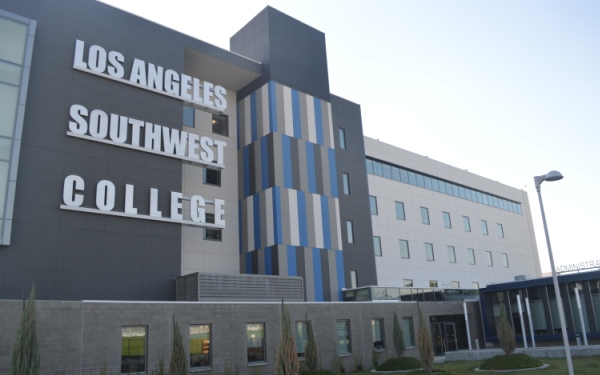 A former trustee for the Los Angeles Community College District board had allegedly tried to bully a fellow student leader into quitting her post by threatening to air a revealing photo, the District Attorney’s office said Friday.

The arraignment of former Los Angeles Southwest College student LaMont Jackson on a charge of attempted felony extortion has been postponed until June 30. He initially appeared Thursday at a court in Inglewood.

“The case involves the defendant having a revealing photo of the victim in his possession,” said Ricardo Santiago, a spokesman for the Los Angeles County District Attorney’s Office. “He was trying to force her to resign her position (on a student leadership organization) by threatening to make the photo public.”

The 49-year-old student, whose one-year term as the elected student trustee ended May 31, was arrested this spring at Los Angeles Southwest College, where he served as Associated Students Organization president.

A criminal complaint against Jackson reports that a Sheriff’s Community College Bureau detective arrested the Inglewood resident on March 10 on suspicion of trying to extort money or property from Lessly Sanchez, who served last term as ASO administrative vice president, according to a college biography.

Sanchez, a mother of a 5-year-old daughter who graduated May 28, describes herself as having been shy before gaining confidence as a student leader and campus clubs chair. She organized social events at the South Los Angeles campus, while advocating for community college students throughout the state.

“I never knew what ASO was before I decided to run for office,” said Sanchez in her L.A. Southwest bio. “All I knew was that I enjoy helping others in any way I can.”

If convicted, Jackson could serve up to three years in county jail in lieu of state prison according to the state’s so-called realignment policy, Santiago said.

His case is also under investigation by the college district, a spokesman said.

Jackson has referred all questions to his Los Angeles attorney, Ayo Omotosho, who has declined to discuss the case. He also declined to say how his client would plead.

An LACCD student trustee is elected each year by students from nine community college campuses to cast advisory votes alongside seven trustees elected across the district at large. The position is currently vacant pending the results of an investigation into a disputed districtwide election, a spokesman said.

Jackson served as the sole LACCD student trustee during the 2014-15 school year.

He had returned to college after managing artists in the recording industry, according to an online LACCD student trustee biography that was taken down this week, and hoped to “switch lanes” and become a substance abuse counselor for recording artists.

His goal as elected student, said the honor role student and Phi Theta Kappa member, was “to improve student success and retention, and increase the student transfer rate.”