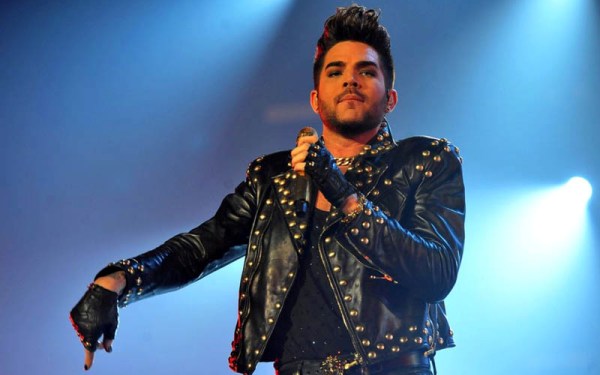 LOS ANGELES — Since finishing in second place on “American Idol” in 2009, Adam Lambert has established himself as one of pop’s most reliable glamazons: a big, showy voice delivering big, dramatic songs about big, clearly defined emotions. That reputation only grew when he began touring three years ago as the frontman of Queen, filling in for perhaps the most reliable glamazon of them all, the late Freddie Mercury.

Yet Lambert, 33, changes course on his third studio album, “The Original High,” due Tuesday. Overseen by Swedish producers Max Martin and Shellback, it’s moodier and more introspective than the Los Angeles-based singer’s earlier solo work with softer-edged songs about growing up and “searching for trust in a city of rust.” The disc also marks Lambert’s new deal with Warner Bros. Records after a high-profile split from RCA, which failed to expand his ultra-devoted core audience with 2012’s “Trespassing.”

“There’s a difference between being an artist and being an entertainer,” he said recently during a frank conversation in West Hollywood. “I have both sides to my personality. But with this music, I was like, I don’t care if everyone’s going to understand what I’m singing about. It’s real to me.”

— What inspired that shift?

Something I began to pick up on within my circle of friends over the last few years, which was this feeling of disillusionment.

People don’t even know half the time. That’s the thing — it’s like this general haze, a feeling of not being satisfied. You’re looking for something, but you can’t put your finger on what it is that’s going to satisfy you. That was the first big aha thing I wanted to write about.

I turned 33 this year, and I feel like, “OK, I know who I am now; identity isn’t so much of a challenge anymore.” The challenge is figuring out what I want from my life.

— And from your career.

Right. Before I started thinking about all that, my second album came out, and I was really proud of it, and critically it was well-received. But it didn’t quite have the life that I hoped it would have commercially.

— How did that affect you?

I was bummed out. I wanted to release more songs to radio and make videos and ultimately put together a great big tour.

A lot of things. I’m not going to point fingers, but I think there were some creative decisions and some business decisions that didn’t quite line up. But, you know, there’s no science to this; it’s kind of a guessing game.

— My feeling is that “Trespassing” didn’t provide a strong sense of who you are. It was more about style and about some of the ideas you stand for. But what attracted people to you on “Idol” was your personality. “The Original High” gets back to that.

It’s more grounded. And it’s not trying quite as hard. I’m not saying my previous work was too try-hard, but it was purposely heightened and stylized and theatrical. That was intentional; that was what I wanted to do. But then I felt like I’d done that. I wanted to turn a corner and go into a different place.

— And yet you made the album with Max Martin, who’s known for his work with Taylor Swift and Britney Spears. Nobody goes to him for a stripped-down singer-songwriter record.

Even though his ideas are big, and they’re tried and true in certain ways, there’s also so many subtle, sophisticated layers — little things he’s doing that you have to listen a bunch of times to hear it.

— What did it mean that he wanted to work with you?

I was thrilled. Coming off the last project and leaving (RCA), I had this feeling of, “Is this it for me? Am I on my way out?” But Max and Shellback were saying, “We believe in you.”

— And in your eagerness to show a different side.

They knew I was ready to shake things up, and they weren’t afraid of anything. It’s easy to get wrapped up in what everybody wants you to do. But at some point you have to go, “OK, but what do I want?”

— Can that be hard to remember?

Not now. But there have been moments of confusion.

— I can understand why. Your fans are very vocal about what kind of artistic decisions you should be making.

They all have an opinion. And that’s great — it means they’re invested. At the same time, it’s important for me to say, “I’m going to do what I want to do, and I hope you like it.” You’re not ordering your dinner for the night. There’s no menu.

— To me that was the problem with the most recent Queen tour. It felt like you were fulfilling someone else’s vision.

In what way was I not being me, though? Their catalog goes so many different places. One minute I’m getting to be super-campy and over the top and flamboyant and effeminate, and then the next minute I’m tough and macho. Then there’s a sensitive acoustic moment, then something huge. And I got to wear all the weird stuff I’d ever want to wear. That was all me, by the way. They let me run with that. It might be interesting for you to find out how much input I had.

— You didn’t feel as though you’d been drafted to fill a prescribed role?

No. And I wasn’t directed either. It was a collaboration.

Interpret the songs? That was tricky. But I wasn’t getting a lot of pressure from them. I wanted to make sure I had my moments of putting my own stamp on things. But straying too far from the original would feel self-indulgent and sort of sacrilegious.

But you’re probably not a die-hard Queen fan. I knew that in this audience there would be a lot of people that were there because they love Queen. And winning them over in the first place, not being Freddie, was going to be hard as it was. If I went too far, it would’ve killed them.

— In terms of a creative experience, though, that restriction is kind of a bummer.

I understand what you mean. But at the same time, that’s why it was successful. If I hadn’t found that balance, I don’t think it would’ve gone over the way it did with everybody. I mean, I think you’re in the minority of people who didn’t like it.