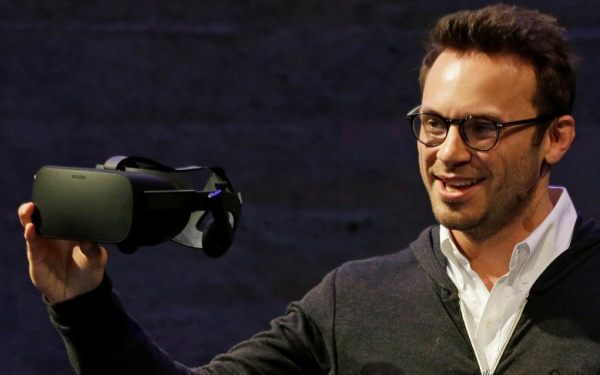 SEATTLE — After years of chatter about virtual reality and next-generation consoles, some industry observers say this year could bring more attention to an old-school gaming platform: the personal computer.

Game studios have telegraphed that next week’s E3-gaming trade show in Los Angeles will feature the usual announcements of big games expected to arrive in the next year. But don’t be surprised to see more of the attention at the traditionally console-focused event swing toward the PC.

Some of the virtual-reality headsets creeping toward commercial reality, including Facebook’s Oculus, require powerful PCs to run. Meanwhile, a slate of hardware makers — including Washington state-based Valve — continue to plug away at efforts to bring PC gaming to the living room.

“I think you’ll probably see more respect for the PC. In the past, it’s been largely ignored,” said Rahul Sood, chief executive of Seattle e-sports-focused startup Unikrn. “It’s a big thing for Microsoft in particular.”

The Seattle-area company has always had an interest in promoting use of Windows-based PCs. But this year brings Microsoft’s Windows 10 operating system, set for release at the end of July. The software is eventually slated to power the Xbox, and Microsoft has also promised Windows 10 will deliver tighter integration between PC and console gaming.

The company on Wednesday said it would release an adapter that allows Windows 10 PC users to use wireless Xbox controllers for their games.

Xbox controllers will also be included with the Oculus virtual-reality headsets when those devices are released in early 2016, the company said on Thursday in a presentation timed to avoid the frenzy of E3.

Xbox chief Phil Spencer touted the partnership, which will also allow gamers to play streamed (not virtual reality) Xbox One games on their headset.

Dueling headsets is a theme expected to carry into next week’s show, which unofficially kicks off Monday in Los Angeles with a press conference hosted by Microsoft.

Observers expect Microsoft to discuss the gaming applications of its augmented-reality headset, the HoloLens, which displays applications into a person’s surroundings, rather than the total immersion of a virtual-reality device.

Not to be outdone, Microsoft’s gaming rival Sony is expected to reveal more details about its own virtual-reality headset, dubbed Project Morpheus.

Still, the soul of the show, originally a gathering designed for retailers to see all the coming games in one place so they could plan their orders, is games.

Among the exclusive titles designed to promote consoles are “Halo 5: Guardians” for Xbox One, and “Uncharted 4: A Thief’s End” for Sony’s PlayStation 4.

Nintendo will again have a more subdued presence at the conference, opting for a webcast presentation rather than the over-the-top in-person extravaganzas hosted by rivals. Among the games expected to be discussed by the company, which has its North American headquarters in the Seattle area, are “Mario: Maker” and “Star Fox.”

The challenge for the organizers, he said, is that “increasingly, the action is happening online” and in virtual and augmented reality, he said. “And all those are areas that are harder to see there.”