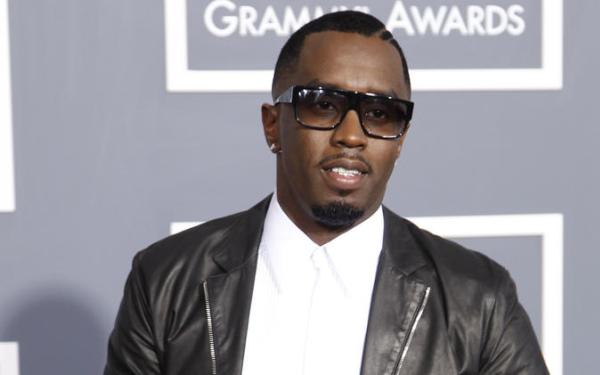 Rapper Sean "Diddy" Combs was arrested Monday on suspicion of assault with a deadly weapon,  among other charges, stemming from an alleged incident on the UCLA campus, according to police and school officials.

Combs was arrested about 12:30 p.m. at the Acosta Athletic Training Complex over an alleged assault involving a kettlebell, police said in a news release.

Police updated the charges late Monday night to three counts of assault with a deadly weapon, one count of making terrorist threats and one count of battery.

No one was seriously injured, police said.

Combs was booked into the Los Angeles County Sheriff's Department Inmate Reception Center by 7:37 p.m. His bail was listed online at $160,000, but sheriff's officials told The Times it was set at $50,000 in their system. No explanation was given for the discrepancy.

Combs had posted bail and was released at 9:50 p.m., authorities said.

A kettlebell is a round piece of weightlifting equipment with a handle, usually made of cast iron.

The rapper's son Justin is a defensive back on the UCLA Bruins football team.

“I’m thankful that our staff showed the level of professionalism that they did in handling this situation," Bruins head coach Jim Mora said in a statement. "This is an unfortunate incident for all parties involved. While UCPD continues to review this matter, we will let the legal process run its course and refrain from further comment at this time.”

"We are aware of the reports and are looking into the matter," UCLA director of media relations Phil Hampton said.

Calls to Combs' representatives for comment were not returned.

Diddy is one of two famous rap moguls with children playing football for the Bruins. Snoop Dogg's son Cordell Broadus is also on the team.

Justin Combs, who graduated from Iona Prep in New Rochelle, N.Y., in 2012, accepted a full merit-based athletic scholarship to play football at UCLA.

He turned down scholarship offers from Illinois, Virginia and Wyoming.

When some questioned whether he should have received the financial help, given his father’s wealth, Justin Combs defended the decision on Twitter. "Regardless what the circumstances are, I put that work in!!!! PERIOD," he wrote in 2012.

According to his bio page on the Bruins website, he has played in seven games. He is listed as a redshirt junior, which means he is eligible to play this year and next.

The rapper has had other high-profile encounters with the law.

In 2001, jurors found him not guilty of charges of weapons possession and attempted bribery that stemmed from a 1999 shooting at a crowded Manhattan dance club.

Combs testified he had no role in the shooting, which occurred after his entourage got into an altercation with others at the club.

After the shooting, Combs and then-girlfriend Jennifer Lopez fled in a sport-utility vehicle that police stopped several blocks away. A gun was found in the vehicle. Combs was acquitted on a charge that he tried to bribe his driver to say he owned the weapon.

The nightclub incident occurred two years after Combs was a witness to the killing of Christopher Wallace, better known as Notorious B.I.G., outside an industry party in Los Angeles. Wallace was shot to death six months after Tupac Shakur was killed in Las Vegas. Shakur, a rival rap star, had previously accused Combs of setting him up to be shot and robbed at a New York studio.

Campus News
‘Adulting’ is hard. UC Berkeley has a class for that
560 views