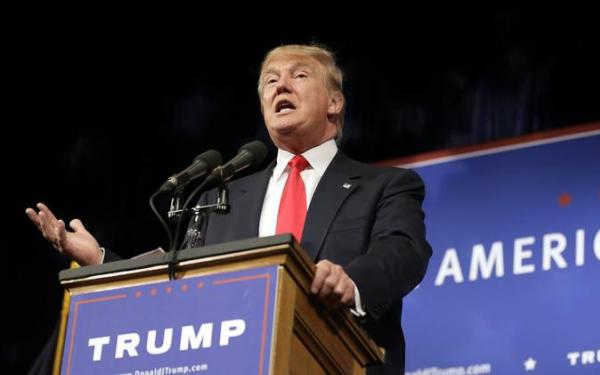 Spanish-language media giant Univision is cutting business ties with Donald Trump saying he made “insulting remarks” about Mexican immigrants when he announced that he was running for president.

Univision said Thursday that it would not air the Miss USA pageant, as scheduled, on July 12. The company said it was severing its relationship with the Miss Universe Organization, which is part-owned by Trump.

When Trump kicked off his presidential campaign last week, he said Mexicans crossing the border were bringing drugs and crimes into the U.S. He also accused some Mexican immigrants of being rapists.

“The U.S. has become a dumping ground for everybody else’s problems,” Trump told supporters during his nearly 45-minute speech at Trump Tower. “When Mexico sends its people, they’re not sending their best. … They’re sending people that have lots of problems, and they’re bringing those problems with us.

Univision is the largest Spanish-language media company in the U.S.

“At Univision, we see first-hand the work ethic, love for family, strong religious values and the important role Mexican immigrants and Mexican Americans have had and will continue to have in building the future of our country,” the company said in its statement.

“We will not be airing the Miss USA pageant on July 12th or working on any other projects tied to the Trump Organization.”

In Mexico City, a man protested Trump’s remarks by making a large pinata that was intended to look like Trump with wild hair and a big mouth. At least one Latino personality who was scheduled to perform during next month’s pageant also has pulled out.

NBC, which has a financial relationship with Trump, has the English-language rights.

Univision noted that Univision News and the local news bureaus would continue to provide coverage of presidential candidates, including Trump.