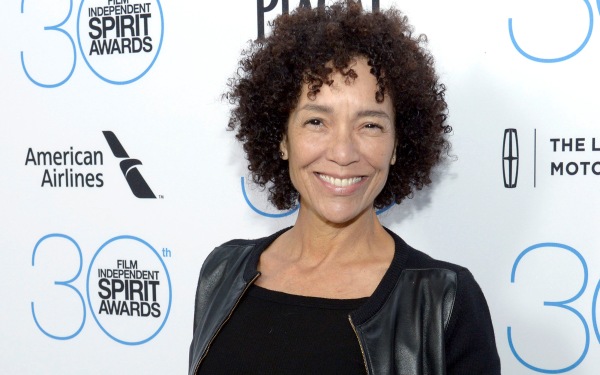 When a U.S. senator praises a movie studio for hiring two women, a Hollywood issue has officially entered the wider conversation.

Sen. Barbara Boxer sent a note to Warner Bros. CEO Kevin Tsujihara recently, commending the studio on its selection of women to direct the films “Wonder Woman” and “Unforgettable.” In the letter, Boxer, whose daughter, Nicole Boxer, is a documentary filmmaker, also pointed out the industry’s poor track record of hiring female directors over time and said she will “continue to follow the issue of women directors and your studio’s efforts to expand diversity at all levels.”

At the same time that movie studios are coming under fire for their failure to hire women, women are working in greater numbers in independent film. In June, the Los Angeles Film Festival scheduled a slate with 40 percent of its films directed by women.

During the festival, The Times invited five of those directors and the head of the festival, Stephanie Allain, to our newsroom to discuss the broad issue. They are Zoe Cassavetes, whose “Day Out of Days” is a sadly comic chronicle of the humiliations of being an actress; Marya Cohn, whose “The Girl in the Book” is a drama about a young assistant book editor forced to promote a male author with whom she has a disturbing personal history; Daphne McWilliams, whose documentary “In a Perfect World” confronts the challenges of boys raised by single moms; Renee Tajima-Pena, whose documentary “No Mas Bebes” tells the story of the forced sterilization of Mexican immigrant mothers at a Los Angeles hospital during the 1970s; and Delila Vallot, whose documentary “Can You Dig This” profiles urban gardeners in South Los Angeles. (The interviews were conducted individually and have been edited for clarity.)

What do you think when you hear that less than 5 percent of studio movies last year were directed by women?

Delila Vallot: Maybe we need to learn to play golf? I don’t really fully get it. I know we used to be in cinema during the silent era. Did you know that? Tons of female directors. I guess once guys figured out it could be monetized they were like, move over ... and we never quite came back from that.

Renee Tajima-Pena: I’m not surprised at all. I think it’s a matter of catching up with the marketplace. When I started in film, we were always arguing, ‘Look, we can do this. We should have a place at the table.’ Now that’s no longer the argument. It’s more like, ‘You wanna reach the market? This is the market.’

Stephanie Allain: I think, “Where can I see the movies that are being made by women? I know they’re out there.” I also think it’s grossly unfair.

Daphne McWilliams: I’m not surprised.... Women seem to be more behind the scenes, in producing. I don’t know how the studios operate, but it seems like it’s really close-knit. For myself, I just decided I’m gonna make my own film.... I wasn’t planning on waiting for someone to give me the opportunity. I kept seeing that my hard work behind the camera was not going to evolve into something else. I think it’s just putting yourself out there. It’s a big risk, but I just think women have to demand it and lean forward. Lean in and do it, just take it.

How would your movie be different if it were directed by a man?

Zoe Cassavetes: I was thinking, “If you didn’t say this was directed by a woman, would you know?” There was something very personal about the approach as a woman. Maybe it could be a great movie for men to watch and see, “Dang, that happens to women?” It just shifts the perception a little bit.

Being women of a certain age, there’s a sensitivity towards how a camera gets set up, how lighting gets set up. Men don’t understand those issues because they just get hot and rugged and we just have loose necks and gray hair. There’s a certain sensitivity for a woman to look at another woman and say, “This is how I’m going to frame you, this is how I’m going to light you and take care of you.”

Vallot: I’m not sure the movie would have been different if it was directed by a man. I might say, though, that there were times I was afraid to go to certain areas at night with an expensive piece of equipment, where if a guy was directing they would perhaps not have felt that fear.

Marya Cohn: [My movie] is a personal story and very specific to a woman’s experience. I don’t know that if you haven’t lived in a woman’s shoes — and apparently only high heels count — then I’m not sure you can really tell those stories in the same way. It’s really a story about a woman coming into her own and sexual power and violence in our society, which men are on the other side of.

Tajima-Pena: Most of the people [working on] my film are moms. They understood the idea of being denied the basic right to have a child. The people in the crew made the mothers feel very comfortable. The mothers had to talk about things that are very private. They’re from a generation ... when you just didn’t talk about these private matters.

I was told while we were in production that some men who were able to greenlight a documentary about this said, “Well, who cares? It happened a while ago, it’s not that important anymore.” But when I first heard the story ... I was just floored. I’d been through pregnancy ... I grew up with Roe v. Wade, but I never assumed bearing a child would be denied me.

What’s the stupidest reason you’ve ever heard for why women can’t direct?

Vallot: That we’re not ambitious, that there aren’t enough female directors, that our content isn’t something the larger audience will respond to. That doesn’t make any sense. Fifty percent of the population is female.... We do show up to the theaters, and a lot of the times we make the household decisions of what the family’s going to see.

Cohn: It’s partly about being the leader, being the father, being the person in control, and partly it’s about trusting women with money and people don’t want to do that and film costs a lot of money.

Allain: I don’t like to repeat stupid things because people repeat them and somewhere along the way it becomes true.

Although there are a lot of women directing independent films like yours, women are far rarer in big-budget studio films. What would you do with $200 million?

Cohn: The Melissa McCarthy movies where you take a James Bond-type character and make it a middle-aged woman — that I can totally relate to. So to do something like that, to do a movie where you subvert traditional things. Do I want to make a standard violent action movie? No. But I think there are woman that do.

So this is terrible, but I think if you gave me $200 million I might divide it up and give it to some other women who make a few more personal stories that go out and start a conversation, change the conversation, rather than make a movie that already exists.

Tajima-Pena: I’d give it to 200 filmmakers. I haven’t seen a big-budget movie I’ve liked in a long time. I love movies like “Blade Runner” and mob movies. I think I would use that form to politicize something.

This is what all the women I ask say.

Stephanie, 40 percent of movies at your festival were directed by women. How did you do that?

Allain: The first thing is, you have to say that’s what you’re looking for. Diversity doesn’t just happen. It has to be mined starting from the first set of eyes on the film.

Your two programmers are women, you’re a woman ...

What you see, what’s interesting, what strikes you, is partially built from your experience of who you are, how you are raised and what’s been valuable to you. So I don’t believe a group of exclusively male programmers could have programmed this festival.

What three words come to mind when you hear the phrase “woman director?”

Allain: Very well-prepared, willing to listen, and in my experience because I have produced women directors, focused on getting the job done and then getting home to their kids.