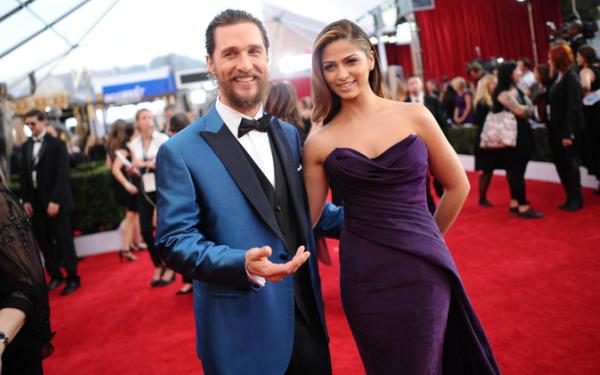 Donna Karan announced Tuesday that she will be stepping down as chief designer of Donna Karan International to devote more time to her stand-alone Urban Zen brand, and to her charitable causes.

No successor will be named. For now, the brand has decided to suspend Karan’s runway shows and collections, and rely on licensees to support the business, including the contemporary brand DKNY. Karan will remain as an adviser at Donna Karan International, according to a company statement.

“I have arrived at a point in my life where I need to spend more time to pursue my Urban Zen commitment to its fullest potential and follow my vision of philanthropy and commerce with a focus on health care, education and a preservation of cultures,” Karan, 66, said in a statement. “After considering the right time to take this step for several years, I feel confident that DKI has a bright future and a strong team in place.”

Karan’s departure also leaves a hole on the Hollywood red carpet. Over the years, Karan’s atelier has dressed a constellation of stars in body-conscious looks, including Sofia Vergara for the 2015 SAG Awards, Viola Davis for the 2015 Golden Globes and Jane Fonda for the 2015 White House Correspondents’ Association dinner.

“Her talent is in the clever cut and the innovative fabrics that make a woman feel empowered and feminine all at once, as the fabric sculpts and envelops her body,” said stylist Tanya Gill, who works with Fonda.

In April, DKNY hired Dao-Yi Chow and Maxwell Osborne, founders of the hot New York menswear brand Public School, as designers. They will show their first DKNY collection in September.

With New York City as her muse, Karan launched her brand on the idea of “seven easy pieces” to take women to the boardroom and beyond, including the bodysuit, which became an iconic wardrobe piece in the late 1980s and 1990s. But throughout the 2000s, her collections have been hit or miss, and LVMH did not seem to devote as much energy or resources to expanding her label as some of its other acquisitions.

Karan’s fall 2015 runway collection was a standout, however, using the skyline as inspiration for burnished gold-embroidered coats and obi-belted jackets over pants and narrow skirts.

Still, her decision to step down doesn’t come as a complete surprise. In recent years, Karan’s devotion to Eastern philosophy and yoga, and her nomadic lifestyle (she travels often to do humanitarian work, including to Haiti, where she’s an honorary ambassador working closely with the Clinton Global Initiative) has at times made her seem less Seventh Avenue and more Seventh Ray.

Karan founded the Urban Zen Foundation in 2007 with a friend, British fashion designer Sonja Nuttall, after becoming frustrated with the medical system when her late husband, Stephen Weiss, and friend Lynn Kohlman were battling cancer. Well-being was her first priority, with the goal of introducing programs into hospitals that will teach medical professionals how to incorporate nontraditional healing (including yoga, reiki and organic nutrition) into patient care.

The Urban Zen clothing line, launched in 2004, supports the foundation’s work. Urban Zen features the kind of pieces that Karan and her pal Barbra Streisand might wear on chilly Malibu nights, or mornings on the way to yoga, including cashmere leggings and leather necklaces produced by local artisans.