Apple Music promises revolution, but traditional DJs are what set it apart 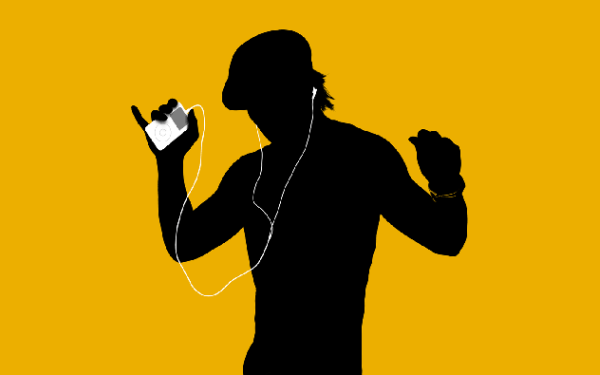 It’s an old-fashioned concept remade for the mobile era: human DJs beaming out songs to people all over the world listening on their smartphones.

Real-time radio, of all things, is what truly distinguishes the newest and splashiest streaming service, Apple Music.

The nuts and bolts of the service, which launched Tuesday after a breathless promotional run-up filled with promises of revolution, are fundamentally similar to those of competitors such as Tidal or Spotify. Apple has about 30 million songs to stream at your request. You type in “Duran Duran” and tap on “Hungry Like the Wolf,” and you’re in business. If you choose to stay after a free three-month trial, it’ll cost you $9.99 a month.

But Apple has Beats 1, a live Internet radio station built into its app. Complete with high-profile DJs and programmed shows, it sets the service apart from the pack and best illustrates Apple’s ambition — to become a destination spot not unlike media giants of yore.

When Zane Lowe, the former BBC personality now working as the voice of Beats 1, played AC/DC’s “For Those About to Rock (We Salute You)” in his debut show Tuesday morning, everyone who tuned in to the station heard it at the same time — a simple but radical disruption of the individualized listening experience we’ve become accustomed to online.

It’s in essence the opposite of what Apple Music’s predecessor, the iTunes Store, did more than a decade ago.

By now you’re familiar with unbundling, that digital-age process whereby songs, movies and television networks have been loosened from the tyrannical grip that record labels and cable providers once exerted. Thanks to YouTube, nobody has to sit through a bunch of weak album tracks to hear a great single; thanks to HBO Now, nobody has to pay Time Warner hundreds of dollars to watch “True Detective.”

Mixing and matching from here and there, we’ve all become our own chief content officers, each of us the president of MTMe.

Of course, Apple and its many competitors have been major players in the Great Unbundling. But with their sleek design, exclusive tracks and carefully curated playlists, these services now aim to be more than a mere utility serving a user’s immediate need. They want you to come and listen — and then stay for more.

Given its pull as the world’s most powerful music retailer, Apple has some content the other platforms don’t. Taylor Swift, for instance, is famously allowing her album “1989” to be streamed here and nowhere else; ditto “The Chronic” by Dr. Dre. There are music videos too, which Spotify doesn’t offer (though some other services do). And Apple Music pulls in whatever songs you’ve purchased from iTunes in a fairly intuitive way.

But with the shared experience of Beats 1, we’re meant to listen together minus the fragmented self-determination that drives so much of our music consumption today.

The novelty is exciting, which doesn’t mean it’s perfect. For one thing, there’s the matter of time zones, which Beats 1 blithely disregards. Yet the Californian’s getting-ready-for-a-night-out is the Frenchman’s climbing-miserably-out-of-bed. How to properly soundtrack both at once?

For another, Lowe is relentlessly optimistic about the value of new music — and of his importance to its dispersal. That’s great when he’s playing something you’re glad to have discovered, like “We Try But We Don’t Fit In,” a tender, fuzzy guitar-pop tune by the band Day Wave, unknown to me until Tuesday.

But when he’s crowing about Apple’s being the only place to hear a lackluster new Pharrell Williams track — and then playing the song twice in a row — you might find yourself longing for your old digital silo. (Other Beats 1 DJs include Ebro Darden and Julie Adenuga, while pop stars such as Elton John and Ellie Goulding have signed on to present shows as well.)

Apple Music emphasizes discovery in other ways, including a vast collection of branded playlists assembled by various tastemakers. Pitchfork, the popular indie-rock website, has one called “Cantankerous Singer-Songwriter Dudes,” which should give you an indication of the breadth of options.

But nothing about those, at least as I experienced them over 36 hours of clicking, made me want to stick around the service.

At this point in streaming music’s development, ultra-specific playlists are commodities — not to mention something of a distraction from what appears to be Apple’s core mission here.

I’m more interested in seeing if the world’s richest company can bundle the world back up.