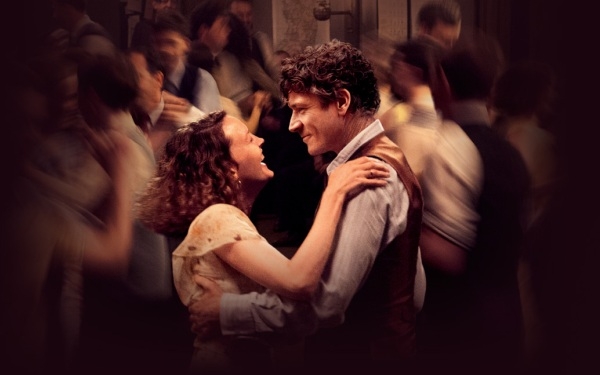 “Jimmy’s Hall” plays a bit like director Ken Loach’s greatest hits. The venerable British social realist takes some traumatic Irish history from his award-winning “The Wind That Shakes the Barley,” a (mercifully quick) dash of the Marxist intellectualizing that derailed “Land and Freedom” and, most pleasingly, some of the fun stuff out of lighter, everyman jaunts like “The Angel’s Share.”

The result is a smart and occasionally mirthful spit in the face of Catholic repression, with dancing, fighting and just enough political tragedy to make it extra-strength Irish.

Based on the true, if eminently obscure, story of the only native-born son who was ever deported from the Irish Republic as an “illegal alien,” the movie jumps between 1932 and just after independence was gained from Britain 10 years earlier.

In the 1920s, Jimmy Gralton (Barry Ward) opened a dance hall and Celtic/socialist education center in rural County Leitrim. With a civil war raging and all manner of partisan passions violently high, it soon behooved Jimmy to take the next boat to New York.

A decade later, he returns to a very green Leitrim to care for his aged ma. Even though a conservative, church-dominated regime has long since established control, the priest (Jim Norton) doesn’t like it when Jimmy reluctantly reopens the dilapidated hall at the behest of bored local youth.

While Loach’s sympathy is characteristically with the film’s good-timing lefties, far and away the most interesting conversations in the film are the ones that include Norton’s Father Sheridan, whether he’s trading epigrammatic insults with Jimmy, debating with more liberal clerics or even finding himself a wee bit repulsed by his staunchest allies, right-wing paramilitarists with long, unforgiving memories.

Loach’s longtime scenarist Paul Laverty’s rich script, based on a Donal O’Kelly play, makes room for, among other diversions, some Killarney Keystone Kops slapstick and a marvelous bit in which the Gaels get their first taste of that Harlem rhythm Jimmy’s brought home with him. Robbie Ryan, who also directed photography for the recent and gorgeous “Slow West,” presents a luxurious palette of the verdant countryside, Vermeer-lighted interiors and noir-ish nighttime skulduggery.

If you’ve got to sit through peculiar social history, you may as well enjoy it.

Now playing in select theaters. Coming soon to a theater near you!
Buy Tickets