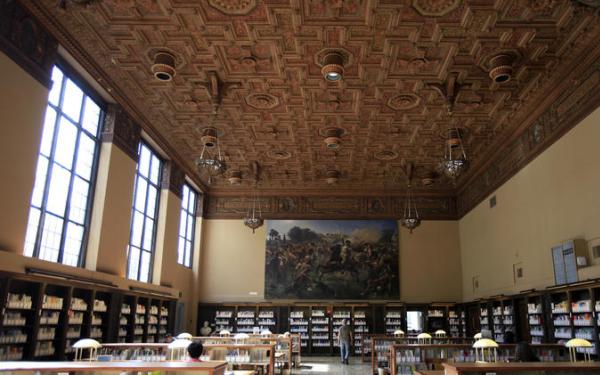 LOS ANGELES—With the number of University of California applicants at an all-time high, California residents faced slightly tougher odds in landing an acceptance to fall’s freshman classes, while students from other countries received somewhat more admissions offers than in the past, according to university statistics released Thursday.

About 60 percent of the 103,117 California applicants were offered a freshman spot on at least one of UC’s nine undergraduate campuses, down from nearly 63 percent of the 99,955 applicants last year, the figures show.

University of California officials say interest is so strong in UC that they expect the ranks of California students will remain the same as in the school year that just ended even though the 61,834 admitted Californians were about 1,000 fewer than were accepted last year.

However, several other campuses such as Irvine, San Diego and Davis made more offers to those students than those schools did last year. It remains to be seen how many of those will show up. Those out-of-state students pay more tuition than California residents.

Across all nine campuses, 15,173 from other states were offered a freshman spot — 1,711 more than last year, but their admission rate dropped to 49.6 percent from 51.3 percent because the number of those applicants rose. Among international students, 15,317, or 62.2 percent of those applicants, were admitted, compared to 13,575 or 60.1 percent last year, the data showed.

While accepting about the same numbers of Californians as last year, the Irvine and San Diego campuses were among the most aggressive in seeking to boost non-Californians. San Diego offered freshman spots to 10,313 students from other states and nations, up from 8,765 last year, while Irvine accepted 9,413 of them, up from 6,564.

Nonresident students make up about 13 percent of UC’s total undergraduate student body, but a much higher share at some of the most coveted campuses. In recent years, UC has aggressively courted non-Californians for the extra tuition they must pay — $24,700 next year, on top of the $12,200 regular tuition. Under a budget agreement with Gov. Jerry Brown and legislators, tuition for Californians will remain frozen for two more years.

Once again UCLA was the most difficult of the UC campuses for Californians to gain entrance to. The Westwood campus accepted just 16.2 percent of those in-state applicants, down from 16.7 percent last year. Berkeley was next toughest, with 19.1 percent, down from 19.7 percent. University of California, San Diego accepted 30.2 percent of its California applicants; Davis, 32.8 percent; Irvine, 33.4 percent; Santa Barbara, 33.5 percent; Santa Cruz, 46.3 percent; Riverside, 56.7 percent; and Merced, 66.1 percent.

The release was delayed this year by two months due to what officials contend was the uncertainty over the state budget. After much early disagreement with Gov. Brown and some legislators, the eventual boost in funding for UC allowed for some more students to be admitted from waiting lists.

Among ethnic groups in California, Asian Americans once again won the largest share of UC freshman admission offers, 36.3 percent, up from 36 percent last year, and their percentages were above 40 percent of offers at several campuses, including UCLA, Irvine and Berkeley. Latinos were next, comprising 29.6 percent of those admitted, up from 28.9 percent last year. Whites were 25.4 percent, down from 26.7 percent, and blacks remained at 4.3 percent of the offers.