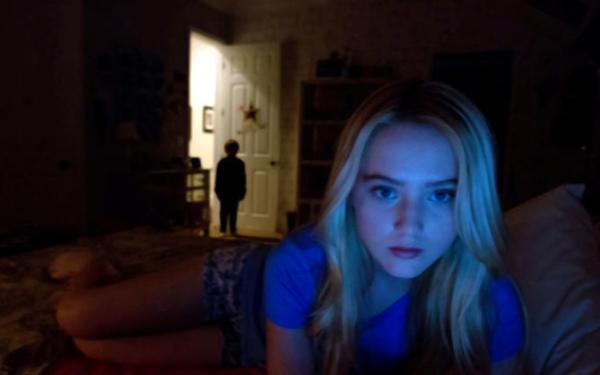 In an experimental deal with theater chains, Paramount Pictures will bring some of its theatrical release movies to home video earlier than usual.

The studio, through a partnership with AMC Theatres and Cineplex Entertainment, will make two of its upcoming films available on digital home video 17 days after they exit most theaters.

The deal is the first of its kind between a major studio and leading theater companies and marks a significant departure from the typical model espoused by theater owners. Studio films traditionally have not become available for home purchase until 90 days after their theatrical debut.

Attempts to shorten the window have previously sparked battles between cinema chains and studios.

Theater owners have said shorter windows will hurt ticket sales by discouraging consumers from going to the multiplex. Studios, however, have argued that the long gap between theatrical and home video release can cause an increase in piracy and is out of step with changing consumer behavior.

The Paramount deal with Leawood, Kan.-based AMC and Toronto-based Cineplex represents something of a compromise.

Under the terms of the agreement, Paramount's low-budget horror movies "Paranormal Activity: The Ghost Dimension" and "Scout's Guide to the Zombie Apocalypse" will be available to buy 17 days after the films fall below 300 North American theaters. "Paranormal Activity" movies typically run for four weeks, so it could be available digitally in half the usual time.

In exchange, AMC and Cineplex will get a portion of the Paramount's revenue from iTunes and other online stores within 90 days of the initial U.S. theatrical debut. The agreement to share revenue likely alleviated some the theater chains' potential concerns. Financial details were not disclosed.

"Coming to exhibitors with a spirit of partnership is the key to all this, because our interests have to be aligned," said Megan Colligan, head of worldwide distribution and marketing for Paramount.

AMC is the nation's second largest theater chain, while Cineplex is No. 5.

Colligan said a great deal of research went into the decision. For instance, the studio found that 73% of active film goers do not know that the window is 90-days long.

Past attempts by studios to shorten the traditional theatrical window have backfired. Universal Pictures faced a boycott from theaters in 2011 when it announced plans to release the movie "Tower Heist" in theaters three weeks after it debuted in theaters. Universal dropped those plans in the face of heavy opposition.

By contrast, reaction to Wednesday's announcement was muted in the exhibition industry.

"For years we've been asking the studios to talk with theater owners to develop new models around windows so the pie is grown together, so we applaud Paramount for working with theaters," said Patric Corcoran, spokesman for the National Assn. of Theatre Owners.

Paramount said it is in discussions with other exhibitors for similar deals for the two films. It remains to be seen whether the initiative for the two smaller pictures will lead to a broader shift away from the 90-day window.

Analysts said the move could be effective with the less expensive movies. But it's unlikely that the model for the bigger, potential blockbusters will change anytime soon. The Melrose Avenue studio's franchises include "Star Trek," "Mission: Impossible" and "Transformers."

“It’s one of those win-win situations where let’s see what happens,” said Eric Handler, a media analyst with MKM Partners. “Do I see something like this happening with the next ‘Avengers’ film? Probably not, because a film like ‘Avengers’ or 'Jurassic World’ has a long shelf life at  theaters.”

The two horror movies picked for the test carry less risk for the studio. Still, the move could be a signal of inevitable changes in the movie industry, said USC professor Marty Kaplan.

"This may be the foreshock to the seismic shift," Kaplan said. "Why should the movie industry escape the disruption that has torn through every other part of media and content?"

Paramount's slate has been thin this year, and it's in fifth place among the major studios, according to Box Office Mojo. "Terminator Genisys" debuted to disappointing results last weekend in the U.S.