The three surprising countries you should thank for low gas prices 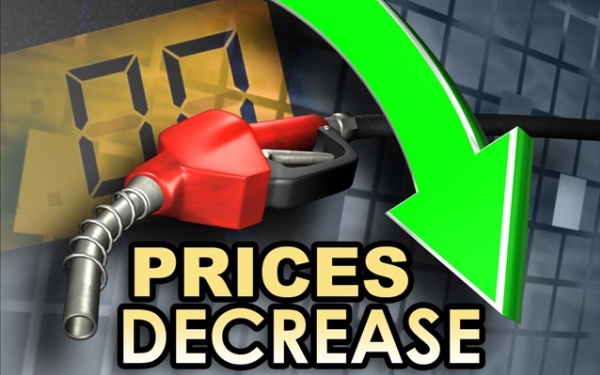 WASHINGTON — Global events are helping keep energy prices in check and may soon lead to even steeper savings for American motorists.

This week’s national average for a gallon of unleaded gasoline hovered around $2.76, almost 90 cents below a year earlier. Prices historically tend to rise as Americans head for summer vacation, but there’s just as good a chance this year that they’ll actually go down in coming months.

Three countries are largely to thank for that: China, Iran and Greece.

“It’s not only what’s happening here in the continental U.S., it’s what is happening throughout the world,” said Nancy White, a spokeswoman the AAA Motor Club, which tracks gasoline prices through its Fuel Gauge Report.

A global oversupply of oil has meant a windfall for consumers and a world of hurt for oil producers all over. Just this summer, West Texas Intermediate crude prices have fallen from $61 a barrel on June 23 to around $52 a barrel this week.

Events in three faraway places are likely to keep pump prices down:

China’s economy significantly influences the price of everything from soybeans and metals to crude oil. The country’s leaders had signaled earlier this year the Asian giant was struggling to meet its modest growth targets, and that was before this month’s plunge of the country’s main stock exchange in Shanghai.

It appears likely that ongoing issues in China’s financial markets will weigh on its broader economy. A deeper slowdown would lower demand for global oil at a time when there is already too much for sale.

Europe’s debt crisis and negotiations with deadbeat Greece have reached a turning point.

By Sunday night, the world may know whether Greece will exit the European Union, abandon the euro and readopt its old currency, the drachma. The prolonged Greek drama has weakened the euro and is expected to for the foreseeable future.

If Iran reaches a deal with the United States and Europe to curb its nuclear ambitions and lift international sanctions, the nation hopes to double its crude oil exports to 2 million barrels per day. Analysts doubt the country can meet that goal, but Iran might be able to send out another 500,000 barrels a day.

Which would mean an even further drop in prices, possibly to last year’s range of $40 a barrel.

“That is bearish for oil markets — particularly amid Greece, China and a still present oversupply of oil,” said Jamie Webster, senior director at the global energy consulting firm IHS.

The differences between rival Sunni Saudi Arabia and Shiite Iran also could point to lower oil and gasoline prices ahead.

“When you put that extra Iranian half a million barrels a day on the market, do the Saudis want to accommodate that by cutting back to support the price, or do they want to just let the price fall even further so Iran doesn’t get the full benefit of the extra production?” said James Williams, energy economist at WTRG Economics.

Prices could drop even more if tiny Libya gets some measure of stability, Williams said. A small but significant player, Libya could put another million barrels of oil a day on the market in three months, he said.