While TV shows await fall premiere, the summer rush to replace actors is on 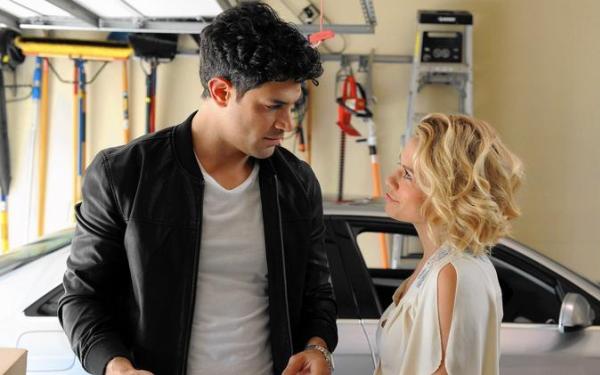 Bethany Joy Lenz, here with Damon Dayoub, was pushed out of her role as Zoe on Shonda Rhimes' "The Catch."
(Credit: Van Redin / AP)

The TV pilot season is over. Programming executives have anointed their new shows for fall premiere, and network marketing and advertising teams are busily trumpeting their new lineups and selling pricey commercial slots for prime time.

Job done? Not quite.

For some of the new fall shows, their original pilots are often seen more as rough drafts than finished products. Characters may need work, and plot lines may be considered shaky. And the actors? Some of them may need to be replaced.

So this summer, as sales teams in New York haggle over the price of 30-second commercials, programmers and producers in Los Angeles are engaged in a frenzy of tinkering that they hope will turn what they regard as problematic pilot episodes into smash hits.

"If the show is good — well-written — but the producers try to make it better after pilot testing, it usually works out for the better," says Billie Gold, vice president and director of TV programming research for Carat, a New York ad firm.

Most often, the fixes take the form of recasting a key actor. ABC's new drama pilot "Quantico," for example, featured Dougray Scott as a mentor to FBI recruits. But the 49-year-old Scottish actor will be missing in action for the series (the network has yet to announce who will take his place).

Series are expensive bets — a one-hour episode of network TV now routinely runs nearly $4 million — so why do executives bother ordering a show if they aren't thrilled with the cast? Experts say the summer repair rush is prompted by a delicate mix of fate, scheduling and personal chemistry.

Sometimes performers, for whatever reason, have trouble connecting with a particular character or project. Actors may not score well with test audiences, which is sure to make network chiefs nervous. Producers sometimes hand-walk papers to actors they deem difficult to work with during the pilot-making process and chalk it up to the oft-heard "creative differences."

Then there are the network and studio bosses who push actors around like chess pieces as the fall schedules shuffle into place. Networks reject roughly three-quarters of the pilots they make, which means a lot of actors suddenly become available in mid-May. That can create opportunities for networks to grab talent that was believed to be out of reach.

The recasting process is "often a lot more complicated than it looks," says Tom Nunan, a veteran TV programmer and producer who teaches at the UCLA School of Theater, Film and Television.

Sometimes the musical chairs can reach epic proportions. NBC faced a quandary this spring after it picked up the domestic comedy "People Are Talking." One of the leads, Meaghan Rath, had to back out because she was in another pilot that also got the go-ahead, Fox's "The Guide to Surviving Life." Her contract guaranteed that Fox got first dibs on Rath's time. NBC's solution was to hire Vanessa Lachey, who as it happened was out of work after NBC passed on her pilot, "Not Safe for Work."

In other cases, major casting decisions can result in backstage face-offs between network bosses and the writer-producers who are overseeing the new series.

"It's always a question of leverage," Nunan says. "If it's a newbie show runner, they tend to fold like a tent."

The scramble to fix a show before the premiere is nothing new, of course. Some of the most famous series in TV history experienced eleventh-hour cast swaps. The pilot for the 1980s buddy detective hit "Cagney & Lacey" saw Loretta Swit opposite Tyne Daly, but Swit had to exit because of conflicts with her role on "MASH." She was replaced twice — first with Meg Foster, then Sharon Gless. Jeff Yagher is probably best-known today for being the actor bumped by Johnny Depp for the starring role on "21 Jump Street."

Producer Chuck Lorre and his team completely retooled a sitcom pilot about lovelorn tech nerds after CBS executives asked for more work on the show; they even recast the role of the hot girl across the hall. That show was "The Big Bang Theory" and the new actress was Kaley Cuoco, who replaced Amanda Walsh. (A spokesperson for Warner Bros. Television, which makes the series, said executives were not available to comment.)

But last-minute switches add an extra element of anxiety to an industry already awash in uncertainty.

Hiring new actors "can be a simpler fix than doing the heavy lifting that would come with a major overhaul of plot, rewriting dialogue and so on," says Jeffrey McCall, a media studies professor at DePauw University.

Industry lore is filled with cautionary tales about the process. In 1997, NBC picked up "Union Square," a sitcom about a Cuban American lawyer living in New York, and eyed it for a plum time slot between "Friends" and "Seinfeld." The show was supposed to star comic actress Mel Gorham.

But after the pilot tested poorly, Gorham was quickly axed and replaced by Constance Marie. "Union Square" tanked anyway and was canceled midway through the first season.

"If the pilot is a mess and they hope recasting will make a difference, often it doesn't," Gold says.

If there is any good news for actors in this, it is that there are so many outlets today churning out original content — including major streaming players such as Amazon and Netflix as well as the typical cable and broadcast networks — that a performer with a strong resume is unlikely to be out of work for long.

Even so, actors who get the sack often try to remain conciliatory about their exit, at least in public. It is a relationship business, after all.

In May, after she was pushed out of her role as Zoe on Rhimes' "The Catch," Bethany Joy Lenz wrote on her social-media account: "Looks like they need a different type for ZOE, so I'll be replaced, but please still watch! It really is SUCH a good show and I'm so proud of my friends' work!"

In truth, recasting a pilot that was lucky enough to get a series order isn't easy for anyone involved. Especially in Hollywood, where feelings akin to superstition run rampant.

"There's an alchemy to our business that most of us are very, very nervous about messing with," Nunan says. "Once you get that golden ticket, which is a series order, it can be life-changing for everyone involved."