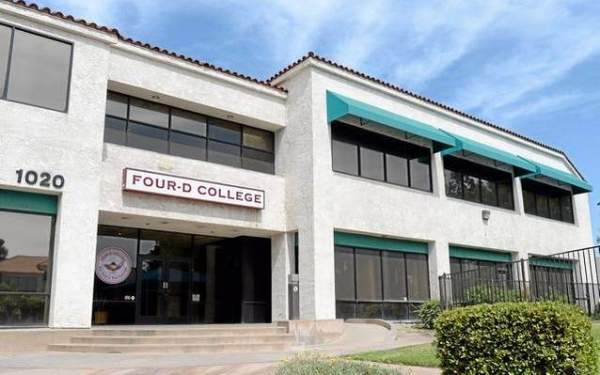 After 23 years of graduating more than 18,000 students, Four-D College — which has a campus in Colton and another in Victorville — announced Sunday evening that it is closing its doors effective immediately.

Nearly 600 students, faculty and staff members will be displaced by the decision, said Linda Smith, a San Bernardino native who founded the school and is its president.

“The (U.S.) Department of Education took a wrecking ball to our cash flow,” Smith said.

Four-D College, which educates students for careers in the health care field, is closing, Smith said, because the Education Department changed the way it reimburses the school from making payments within 48 hours after bills are submitted to 30 to 40 days afterward.

Department of Education officials did not immediately respond to a question posed Friday about why that change was made.

Smith said it was because the school’s accreditation agency, the private Accrediting Bureau of Health Education Schools in Falls Church, Virginia, denied the institution’s application for accreditation renewal in June.

In response to a reporter’s question, Education Department spokesman Al Betancourt wrote “the school is still accredited until the appeal process has been exhausted.”

“We are currently working a complaint submitted by Four-D College against the accrediting agency,” Betancourt said.

Four-D ran afoul of its accrediting body over what the agency says, in letters to Smith, is the institution’s failure to document placement of graduates in appropriate career fields related to their studies.

This dispute goes back to 2012, documents say.

Smith accused newly hired officials of the accrediting agency as having a vendetta against her, and said the school had not changed its reporting practices since its initial 1996 accreditation for the Colton campus and 2006 for the Victorville campus.

Smith said that Four-D is being held to different rules than similar for-profit health field schools in Ontario and Dallas.

Michael D. White, director of legal and regulatory affairs for the ABHES, said “any information not on the website is confidential and cannot be discussed or disclosed. Neither I nor any other person associated with ABHES can do anything more than refer you to the website.”

“I am devastated as are our top executives and directors. We have 600 individuals who are being displaced,” said Smith, a 1970 graduate of San Gorgonio High School in San Bernardino who says she has a B.S. in nursing from Cal State Long Beach and teaching credentials from Cal Poly Pomona.

She also has an MBA from La Salle University.

In June 2014, Smith was appointed by Gov. Jerry Brown to the board of the California State Assistance Fund for Enterprise, Business and Industrial Development Corp.

Over the weekend, key Four-D staff members worked to prepare certified copies of student transcripts that will be mailed to everyone early this week, Smith said.

Students can use transcripts to enroll in other institutions, she said.

In her career as president and founder of Four-D College, Smith has won awards as the Business of the Year for Health Care Industry in 2013, an Unforgettable Hearts Award in 2014, Unsung Hero in 2010, Pioneer Award in Business by the NAACP in 2004, Women of Distinction Award in 1998, Outstanding Business in San Bernardino County in 1998.

In April, another for-profit school, Santa Ana-based Corinthian Colleges, shut more than 100 campuses across the United States and Canada for an entirely different reason. The U.S. Department of Education fined the group $30 million for misrepresentation.