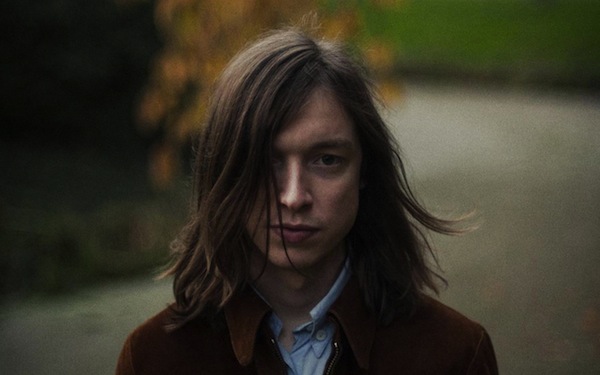 Tossing and turning in bed, unable to shake the restlessness that the day passed has brought, our mind wanders. It wanders into the corners of everything intangible, where colors and shapes mesh together and become at once a feeling. It’s as if our exhausted brains are trying to communicate to us something in a language we’ve learned in a previous age, and that we can only now understand in our half-dazed states by simply letting it happen to us.

This is how Jacco Gardner’s latest album Hypnophobia came to light. As a compilation of bright and hazy allure in the form of songs, his latest album informs the rest of his discography by showing a masterful control of his whimsical fancies. If you’re familiar with his work, you know that this Dutch jack-of-all-instruments has an arsenal of skills that could, if in the wrong hands, be used for evil. But thankfully, we live in a merciful world where Gardner can satiate his lust for musical creation and bring us something so delightfully playful, dark, and nostalgic as Hypnophobia.

As we all know, having a solid first track off an album is key to not only pulling in new listeners, but also informing the rest of the playlist by encapsulating its entire spirit. “Another You” is luckily all of the above, embracing his lazy, shoegaze pop that does his 1960s brethren proud. Throughout the layers of guitar, synth, and his high-energy drums, we hear Gardner restraining indulgence, but giving us something heartily satisfying to hold us over to the main course.

What exactly the main course is largely dependent on the listener, but after the quirky instrumentals of “Grey Lanes,” which brings to mind the cinematic worlds of I Heart Huckabees or any of the fantastical works of Jon Brion, we build to the simple, yet enirely catchy track “Brightly.” Think Simon & Garfunkel and the manner in which they let the melodies kidnap and transport them into the beyond rather than ardently producing them.

Okay, so maybe I do have an inkling of what the main course is, at least in my ears’ opinions, and that’s “Find Yourself,” which feels like it has existed in the airwaves forever, but never really grasped by a musician till now. It’s harmonies are recognizable, yet simultaneously new, perhaps akin to meeting a stranger and feeling like you’ve known them your whole life. It’s an exciting sensation, to be sure, and one that really informs the rest of Gardner’s tracks. The music video, conjuring the emotions of otherworldly angst, is also excitingly simple, if not entirely infused by druggy bliss.

On that note, and a la Brian Jonestown Massacre, Gardner also doesn’t seem satisfied with being subjugated to the limitations of whatever “psych-rock” really means by embracing vintage instrumentals, especially in the title track “Hypnophobia,” which uses a myriad of Gardner’s obsessive collection of noisemakers.

Compared to his previous album Cabinet of Curiosities (2013), the focus of Hypnophobia is tightly structured and meticulously executed, which aren’t exactly traits you look for in your most admired psychedelic rockers; however, Gardner opens the floor to your own imagination, inviting it to sweep the music into its folds and create your own imaginary storylines. By implementing commendable restraint with his utilization of lyrics, he often lets the instrumentals instigate a narrative of your choosing.

For example, I’m sure when you listen to the lengthy yet hypnotizing “Before the Dawn,” you don’t immediately see a man dressed in a moose costume playing Dance Dance Revolution, because that’s my own genius working its magic. But that’s the beauty of Hypnophobia: allowing your own brain in all of its unpredictable oddities to engage with each track and inform your own stories, rather than simply being explicitly informed of Gardner’s own.

So, for all you daydreamers, don’t you dare stop daydreaming. In fact, daydream harder, and listen to Hypnophobia when you’re doing it. Your mind will thank you for it.

HYPNOPHOBIA is out now! You should probably definitely get it on iTunes or something!