Ruling may have broad effect on campus sex misconduct investigations 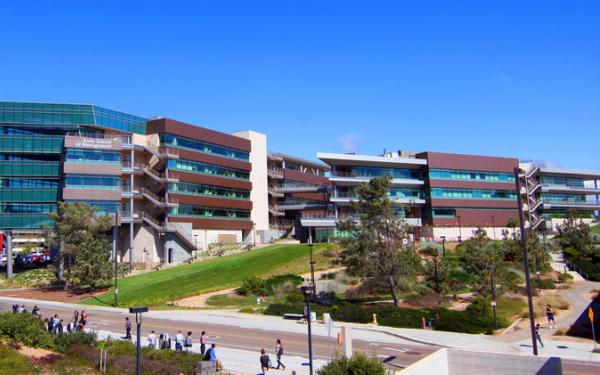 It began as a typical college hookup: two students at UC San Diego met at a party last year, began drinking and ended up in bed.

The encounter snowballed into a sexual assault complaint, university investigation and a finding that the male student should be suspended.

But the accused student fought back in court and won — marking what is believed to be the first judicial ruling in recent years that a university failed to provide a fair trial in a sexual misconduct case. Some legal experts said Tuesday that the finding could have a broad national impact.

"It could have tremendous persuasive influence on other courts," said Amy Wax, a University of Pennsylvania law professor who, along with 15 colleagues, has raised concerns about the rights of accused students in campus sexual assault cases.

Fatima Goss Graves, vice president of the National Women's Law Center in Washington, D.C., called the decision an outlier that was inconsistent with other court rulings on the due process protections required in these cases.

In the San Diego case, Superior Court Judge Joel M. Pressman found that the accused student, identified as John Doe, was impermissibly prevented from fully confronting and cross-examining his accuser.

The judge also found that there was insufficient evidence to back the university's findings that Doe had forced the accuser, identified as Jane Roe, into sexual activity without her consent. The judge ordered UC San Diego to drop its finding against Doe and all sanctions, including a suspension of one year and an additional academic quarter.

The case is being watched nationally as concern has grown that the intensified crackdown on campus sexual assault over the last few years has at times skewed too far against those accused. Over the last four years, the U.S. Department of Education has launched more investigations, imposed more fines and issued more guidelines on campus sexual assault than ever before, pressuring schools to improve what many acknowledged were serious flaws in their handling of complaints.

But the crackdown has also raised concerns about fairness.

Last fall, 28 Harvard Law School faculty members wrote an article criticizing their campus procedures on sexual assault cases as lacking "the most basic elements of fairness and due process" and "overwhelmingly stacked against the accused."

They forged an agreement with Harvard to develop their own process for law school cases, including the right to appointed counsel, stronger procedures for cross-examination and selection of independent investigators without university ties, according to Elizabeth Bartholet, a Harvard law professor.

Nationally, more than 40 accused students have filed lawsuits against their campuses, arguing that their rights to a fair hearing were violated. At the same time, the Department of Education's Office for Civil Rights is investigating more than 100 campuses for allegedly failing to properly handle sexual assault complaints, including UC Berkeley, UCLA, UC Santa Cruz, UC Davis, Stanford University, USC, Occidental College and San Francisco State.

Goss Graves of the women's law center said schools are struggling with how to strike the right balance in assuring fairness for both sides. She said, however, that her center continues to hear regularly from "students who tried to report a sexual assault to their school and were treated terribly."

Last month, for instance, three current and former UC Berkeley students filed a lawsuit against the university system for allegedly failing to adequately respond to their sexual assault complaints.

In the San Diego case, Doe met the accuser, identified in court papers as Jane Roe, at a party in January 2014 and began engaging in consensual oral sex later that month. On Jan. 31, 2014, the couple went to a fraternity party and returned to his apartment, where they had sexual intercourse and woke up in bed together the next morning.

The woman told campus investigator Elena Acevedo Dalcourt that the encounter had shattered her and that she had sought help at UC San Diego's Sexual Assault Resource Center. But she continued to socialize and study with Doe, according to text messages and testimony.

Four months later, she filed a complaint alleging two instances of sexual activity without her consent and a third charge of retaliation.

She told Dalcourt that she was incapacitated from drinking vodka and could not give consent for the encounters. But statements from 14 witnesses differed on how drunk she was, Dalcourt found.

She concluded that two of the charges were not backed by sufficient evidence but found the third allegation of digital penetration without consent was valid.

In December, a university hearing panel affirmed those findings and recommended sanctions, including a one-quarter suspension, sexual harassment training and counseling. After Doe sent a letter of response to Dean Sherry L. Mallory, she increased the sanctions to a one-year suspension, which would have required him to reapply for admission to the campus, among other things. Another internal appellate panel increased the sanctions further.

"This was a completely botched administrative hearing and punitive sanctions," said the accused student's attorney, Matthew H. Haberkorn of Menlo Park. He said he expects to file a lawsuit.

In an interview this week, the 21-year-old, who had denied all charges against him, said the court ruling was "a huge relief." His lawyer said he was not identified to protect his academic and career plans.

He said he was surprised by the findings. He said he had attended the university's trainings on alcohol awareness and sexual misconduct and was keenly aware of the need to make sure that any sex was consensual. But he said it seemed he was presumed guilty from the start.

"The campus tribunal is basically a kangaroo court," he said. "I knew I never did anything wrong."

In a statement this week, UC San Diego said officials were evaluating the judge's order and considering whether to appeal.

In the opinion issued Friday, Pressman said the university failed to hold a fair trial because the official who headed the misconduct hearing asked Roe only nine of 32 questions submitted by Doe. Officials also improperly allowed Dalcourt's findings to be used in the hearing without letting Doe confront the complaint officer, who did not attend. Nor was he given access to any statements by 14 witnesses or her interview statements.

Pressman also found the university abused its discretion in increasing the length of his suspension without explaining why after he appealed.

"While the Court respects the university's determination to address sexual abuse and violence on its campus ... the hearing against petitioner was unfair," Pressman wrote.

It is unclear whether the ruling will prompt the University of California, which has appointed a task force to revamp its systemwide procedures for handling sexual assault, to strengthen rights for accused students.