Getting over heartbreak with Mac DeMarco's new album Another One 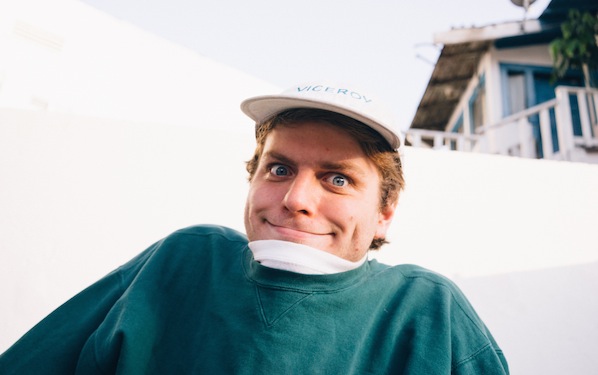 As young people with malleable hearts, metabolisms, and eardrums, we tend to soak up the elements around us that ring true to the woes and the whims we face. Musicians tend to pioneer that front, raising voice against the wrongdoers and praising the invaluable beauty of our youthful nature. If there was someone today, a musician that has managed to encapsulate the uniquely naïve, yet also brave quandaries of youth, it might be our beloved gap-toothed Canadian friend Mac DeMarco.

Ever since the release of his first studio album Rock and Roll Night Club back in 2012, the 25-year-old has managed to carve a unique spot for his laidback rock to take root in the radios of those struggling to make sense of life’s punches, whether it’s friendship, cigarettes, or meaninglessness. But with his latest and perhaps most sensitive album Another One, DeMarco zooms in a bit closer on one topic, to be examined in a more personal and tangible light, and that’s love.

Stop! Before you go and roll your eyes—because who really needs another album about stinking love—I need to tell you how Demarco approaches it differently than his previous albums and beautifully so.

This album is full of regret. It examines love that ended and can’t be shaken off. It sighs for an opportunity that slipped by that shouldn’t have. But this isn’t a hopeless album. Another One is about seeing that something has ended, and despite the pain of it, being happy that you were the one to love that person.

He’s given us songs full of wistful love advice before with tracks like “Let Her Go” and “Treat Her Better,” but Another One is full of lessons on how to cope with young love that, for one reason or another, has come or is coming to an end. Its not dramatic or grandiose, his mournful expression of love—it’s recognizable and painfully relatable.

From the first track “The Way You’d Love Her,” you are immediately met with the customary wavy twang of DeMarco’s guitar. His chill-infused voice then chimes in, crooning in his usual playful manner of a missed chance to show someone how you really feel. The harmonies will be immediately familiar to any DeMarco aficionados, especially those who hold his previous album Salad Days in high regard—which you should.

And then there’s the titular track “Another One,” which embraces the doubts that can often swarm the faculties of a relationship. DeMarco embraces his hazy synth and allows it to carry his mournful wondering of another man sweeping his girl away. It’s a simple message, like most of his songs, but powerful nonetheless in his sensitivity.

Despite being from Canada, and despite now living in Brooklyn, Demarco has an incredible ability to transport you to a California beach with any of his brightly lazy songs. “Just to Put Me Down,” is so darn sunny it’s hard to imagine yourself in a cramped NYC apartment (where he recorded this entire album). And if you know Mac, you know sometimes he likes to tackle those high octaves with unabashed gumption, and we’re glad to see more of this in this track about being toyed around with and being f***ing sick of it.

And then, quite appropriately, DeMarco finishes his mini-LP with two tracks that tie the rest together simply and wholly. “Without Me,” embraces some dreamy 80s noise as DeMarco wonders where his ex-lover will go and who she will be with now that she’s gone. It’s immensely bittersweet, as he oozes a longing for her, while truly hoping she finds happiness in the new terrain of her life.

Finally, he flows into “My House By the Water,” which is a humble ambient orchestra of waves and synth, culminating with the address of his NY beach house, and an invitation for coffee. It shows peace of mind, contemplation, and optimism for a new future,

Like I said, Another One is for us, the youthful lovers who don’t know what the hell we’re doing, and he’s reaching out to let us in. Thanks Mac.

ANOTHER ONE hits iTunes and stores near you on August 7th.

Make sure to catch Mac DeMarco at FYF on August 22nd-23rd. He’s become a staple of the LA fest, so don’t you miss it!