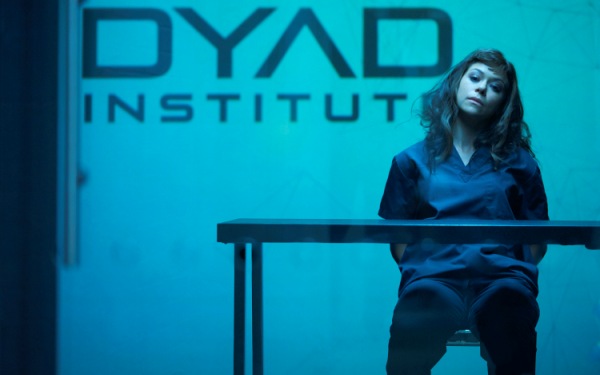 Tatiana Maslany as Sarah in "Orphan Black." Maslany is nominated for an Emmy for Best Acress in a Drama for her role.
(Credit: BBC America)

Nothing has provoked more outrage on Emmy nominations morning the last couple of years than the exclusion of Tatiana Maslany, the 29-year-old Canadian actress who so thoroughly brings to life a variety of clones puzzling out the meaning of their existence on BBC America’s sci-fi thriller “Orphan Black.”

And no one was more surprised than Maslany. “There’s no way I expected this,” she said from the Toronto set of “The Other Half,” an indie romance she’s filming. “It makes no sense that it happened.”

Maslany credited the show’s rabid fan base — the Clone Club and clonesbians, as she called fans on Twitter — for keeping alive interest in the series and her many, many performances on it. Women make up much of “Orphan’s” most fervent supporters, a fact not lost on the show’s star.

“We’re breaking stereotypes about how women can behave on TV,” Maslany said. “In the past women have been placed in so many oppressive boxes — you can be the sideline character or the love interest. I love that on this show, the women I play are dark, weird, funny, scary, daring and vulnerable. It’s not just ‘strong,’ not just ‘feminine.’”

“Orphan Black” has grown more complex over its three seasons (and it was pretty complicated to begin with), adding new factions, male clones and even more characters for Maslany to portray. During the last season, she introduced Krystal, a bubbly, ditzy manicurist who, it turns out, might be smarter than she lets on.

“The writers love to knock me out of my comfort zone, which I appreciate,” Maslany said. “Seriously, I would struggle more if the show’s pace was not kinetic. I love the intensity of having to switch gears and play all these different characters, moving from one to another. For me, the hard part is winding down. I’m someone who needs stimulation. Sitting still and being quiet aren’t my strengths.”

Which is why it wasn’t necessarily a problem that Maslany was running without much sleep Thursday morning, having spent most of the night shooting “The Other Half.” (In the film, she plays a bipolar woman — so, not a complete departure from “Orphan Black.”) In addition to thanking her fans on Twitter, Maslany found the time to send some love to fellow nominee Amy Schumer, who had earlier tweeted “ahhhhhhh!!! #notsnubbed” Maslany’s way.

“She’s the best,” Maslany said of Schumer. “I feel like it’s a pretty good year for different voices. I’m proud to be included.”

Blog
RSVP for screenings of The Phantom of the Open in NYC and L.A. on June 4th and 5th
597 views

Blog
Ray Liotta, star of ‘Goodfellas and ‘Field of Dreams,’ dies at 67
328 views