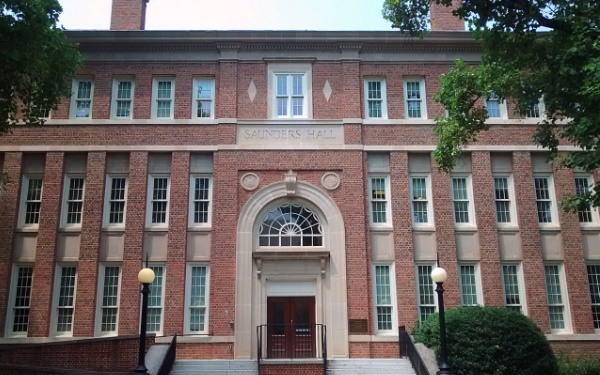 NEW YORK — As Confederate flags, statues and monuments are reconsidered nationally in the wake of last month’s mass shooting in Charleston, S.C., colleges and universities are also debating how to address campus buildings that commemorate the confederacy and white supremacists.

In some cases, universities have been struggling with these issues for years. Many public colleges in the South have campus buildings named after a former governor elected as part of the white supremacy movement that swept the region at the dawn of the 20th century. Other buildings are named for men who made contributions to schools and were members of the Ku Klux Klan. Some schools argue that stripping buildings of these names would be to disregard the schools’ histories. Proponents of renaming say schools can honor their past without glorifying figures who stood for slavery and segregation.

Below, a list of schools that have recently been forced to address racist symbols and names:

After years of protests from students, The University of North Carolina Board of Trustees voted in May to rename a campus building named after William Saunders, a Ku Klux Klan leader. The building was dedicated to Saunders in 1922. During those same protests, students asked that a plaque be put up to contextualize “Silent Sam,” a confederate monument on campus.

Duke University in May announced that it would rename a building once named for Charles Aycock, calling it East Residence Hall instead. Aycock was a turn-of-the century governor who essentially ran on a campaign of white supremacy. Those campaigns resulted in the Jim Crow laws and turned a blind eye on violence and intimidation toward black people.

Clemson University’s Faculty in February voted to ask the university to change the name of Tillman Hall, the most prominent building on campus. Benjamin Tillman was a South Carolina governor at the turn of the century who helped implement the Jim Crow laws. The university decided against changing the name. The board of trustees chairman, David Wilkins, released a statement at the time, saying:

“Every great institution is built by imperfect craftsmen. Stone by stone they add to the foundation so that over many, many generations, we get a variety of stones. And so it is with Clemson. Some of our historical stones are rough and even unpleasant to look at. But they are ours and denying them as part of our history does not make them any less so.

“For that reason, we will not change the name of our historical buildings,” Wilkins said. “Part of knowledge is to know and understand history so you learn from it. Clemson is a strong, diverse university in which all of us can be proud. That is today’s and tomorrow’s reality and that is where all our energy is focused.”

After a 2012 incident on campus when students protesting President Barack Obama’s re-election chanted racist slurs, a committee to address race relations on campus generated a list of recommended actions. One of those was renaming a university building that memorializes Mississippi Gov. James Vardaman. Elected in 1903, Vardaman is remembered for turns of phrase like, “If it is necessary every Negro in the state will be lynched; it will be done to maintain white supremacy.” He also referred to the African-American race as “lazy, lying, lustful animal, which no amount of training can transform into a tolerable citizen.”

Instead of renaming the building, the school has said it plans to put signs next to monuments and buildings that seem to glorify the Confederacy and people like Vardaman, explaining the context in which they were constructed.

More than 700 students and alumni have signed a petition asking the school to change the name of an undergraduate dormitory named after John C. Calhoun. As vice president to John Quincy Adams and Andrew Jack, he called slavery a “positive good.”

“John C. Calhoun, for whom the college is named, was respected during his time as an extraordinary American statesman,” the petition reads. “But he was also one of the most prolific defenders of slavery and white supremacy in American history.”

The school announced last month that it will “revisit” the name of its ROTC building. Its namesake is Nathan Bedford Forrest, a Confederate cavalry leader who led a raid in Murfreesboro, the site of the school, and captured Union troops, the Daily News Journal reported.

University President Sidney McPhee addressed the legacy of the building and leader last week. “Debate about the name of Forrest Hall has surfaced periodically through the years,” McPhee said in a statement. “In light of the horrific killings in Charleston and the national discussion that has ensued in the aftermath, it is right and appropriate to revisit this matter with the university community, our alumni and supporters, and state officials, who by law must approve any change.”

Buildings names aren’t the only contentious symbols that students and alumni have associated with racism. Earlier this month, Washington and Lee University, in Virginia, said it would remove Confederate flags from inside the campus chapel. In a letter, university President Kenneth Ruscio also apologized for the university’s having owned slaves.

“We acknowledge that this was a regrettable chapter in our history, and we must confront and try to understand this chapter,” Ruscio said in the letter. “Acknowledging that historical record — and acknowledging the contributions of those individuals — will require coming to terms with a part of our past that we wish had been different but that we cannot ignore.”

The move followed protests from a group of black law students that also included calls for undergraduate classes to be canceled on Martin Luther King Jr. Day, The Washington Post reported. Currently, only the law school observes the holiday.