The stars shine in the dull story of Southpaw 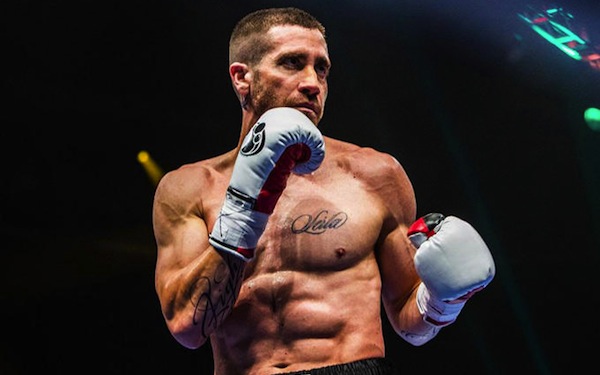 The story of the underdog never seems to go out of style… or at least, people like to think so. It’s a concept that is so engrained in Hollywood’s narrative that it’s almost hard not to tell the tale of the guy with no chance of redemption or glory, surprising all of us and overcoming all odds.

So, yeah. We all know the underdog, and that means it takes something extra special for his/her journey to win a special place in our hearts, because, quite frankly, it has been taken hostage by many unexpected heroes over the years. Unfortunately for Southpaw and it’s band of hopeful miscreants, it doesn’t look like we’ll be making room for new tenants in there any time soon.

Director Antoine Fuqua has become a man of complacency behind the camera, because his movies are neither entirely great, nor are they entirely terrible. With the exception of Training Day, they all fall into the doomed category of flimsiness. While most of his films deal with a leading man of dark heart transformed by some hard external force (The Equalizer, Shooter), the structure behind each narrative often fails to engage any sort of emotional connection with the viewer. Yes, it is an interesting storytelling device to make the viewers hate their main character, but when there is little payoff, it’s hard not to feel like time was wasted.

Southpaw is simply more of the same. With Jake Gyllenhaal (Nightcrawler) as Billy Hope, a light-heavyweight champion with a beautiful wife Maureen (Rachel McAdams) and daughter Leila (Oona Laurence), we can assume that everything good in his life is inevitably going to be stripped from him—and it is. When Hope’s temper gets the better of him, prompting a brawl that prompts the accidental murder of his wife, darkness spreads over his illustrious life and career, and all of the sudden he has to start back at square one.

Drugs, the lost custody of Leila, and his boxing license ceased, Hope has to prove to himself, his daughter, and the world at large of his worth. Sounds familiar, right? That’s because this is the underdog story in its simplest form that’s been told countless times.

First of all, it’s not a good start that the most interesting fact about Fuqua’s latest foray into the troubled minds of men, is that writer Kurt Sutter (“Sons of Anarchy”) based it off the life of the one and only Eminem. Originally supposed to star as Hope himself, Eminem and his struggle as a white rapper in an industry dominated by black musicians was apparently the metaphorical inspiration for Sutter’s tale, which, seems utterly far-reaching. We could equate that kind of experience to any marginalized person in society. Why not a woman in the film industry? Or a dog in a sea of cats?

Okay, back to the actual story—not Eminem’s, but Billy Hope’s.

By and large, the acting in Southpaw is pretty on point. Everyone from Gyllenhaal, to Forest Whitaker (The Last King of Scotland) as his wise new trainer, and even to Curtis “50 Cent” Jackson as Hope’s manager not-manager, the chops are solid and rather unwavering throughout.

The main downfall, however, befalls to one man, and the man I least expected, and that is the aforementioned Sutter. As the man who birthed a television series like “Sons of Anarchy” that donned such creative prowess, it’s honestly jarring to see him project a world that weighs in at a minutia of one episode of “Sons.” It’s not even in the dialogue of Southpaw, which is stable enough—it’s in its air of necessity. That is to say, there doesn’t seem to be much.

Quite frankly, once the credits roll, Southpaw becomes a matter of inconsequence. Yes, it provides moments of intensity, and yes, Gyllenhaal has great physical and emotional presence, but what else? I can’t help but compare it to another fictional boxing film that aimed to embrace the emotional weight of the fighter rather than the fighting itself, Million Dollar Baby (2004). It is indeed melodrama, but the way in which screenwriter Paul Haggis crafted the action with the gravitas of feeling merged to form an unforgettable viewing experience. Southpaw is the antithesis of that.

Sutter and Fuqua fit an array of talented actors into a preconceived template of Hollywood storytelling, where it didn’t even embrace key factors of its success. If Sutter had chosen a source of inspiration besides Slim Shady—who I admittedly was a fan of, and understand the complexity of his background—or at least tackled it with a keener angle, perhaps exceptionality would have come more naturally to Southpaw and its underdogs.