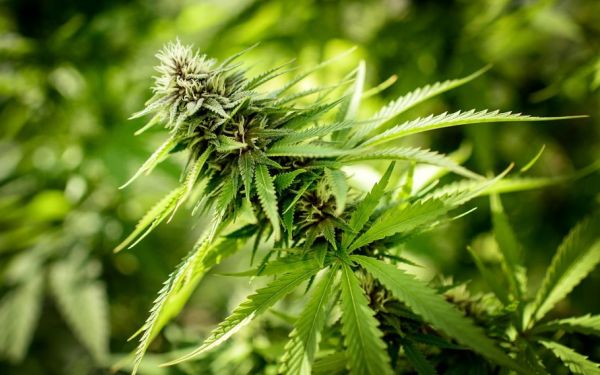 Even if California voters legalize cannabis in 2016, it will take “many years” of patience to figure out how to tax and regulate a multibillion-dollar industry that’s forever been largely underground.

That’s the cautionary conclusion of a thorough examination of what it will take to legalize marijuana in the state, led by Lt. Gov. Gavin Newsom and a panel of academic and law enforcement experts.

“Legalization of marijuana would not be an event that happens in one election,” they wrote in the 93-page Blue Ribbon Commission on Marijuana Policy report released Wednesday. “Rather, it would be a process that unfolds over many years requiring sustained attention to implementation. That process of legalization and regulation will be dynamic.”

The report offers 58 policy suggestions on the myriad questions raised by legalization — from how and when to tax cannabis to how to determine when users are driving under the influence.

It even examines the existential question underpinning the legalization movement: whether the illegal drug trade will ever disappear. The report found that legalizing marijuana won’t “eliminate the illicit market entirely,” though “limiting its size will reduce some of the harms associated with the current illegal cultivation.”

The report says that any initiative should hew to a series of policy goals, chief of which is the protection of public safety and youth.

Highlights of the report:

Protecting small producers: The panel encourages policymakers to not allow Big Tobacco to swoop in and dominate the fledgling legal industry. “The goal should be to prevent the growth of a large, corporate marijuana industry dominated by a small number of players, as we see with Big Tobacco or the alcohol industry.”

It suggests that the structure of the legal weed market should be similar to the craft beer market, “where many small players (local microbreweries) exist at one end of the scale, and larger players (regional craft breweries) exist at the other end of the scale, with plenty of room in the market for a large spectrum of entities.” This issue is of major importance to small, multigenerational growers in California’s “Emerald Triangle” of northern counties, where an estimated 60 percent of the nation’s herb is grown.

Help for drug felons: The report says that those who have been convicted of marijuana-related crimes should not be categorically excluded from working in the new system — depending on the nature and severity of their criminal past. “Such categorical exclusions would also exacerbate racial disparities given past disparities in marijuana enforcement,” it says. “For these reasons, categorical exclusions that are too broad, and that overly rely on past convictions as predictors of future behavior, should not be considered.”

Be labor friendly: Some labor unions have lobbied hard to be included in the new market — it’s a way to add members — and the report offers friendly suggestions: “The workforce involved in marijuana cultivation and processing should be afforded the same protections and rights as other workers in the agriculture and processing industries. This includes the right to collective bargaining, as well as other worker safety protections.” It also advocates worker training programs.

How to tax cannabis: It offers several scenarios on how to best tax cannabis, from the point of production to the point of sale. It suggests that policymakers be very flexible in this area, because the market’s landscape is expected to shift considerably if it moves from illegal to legal.

What to do with all that new tax money: The report tries to tamp down giddiness over a new stream of revenue: “We do not believe that making government dependent on cannabis taxes makes for sound public policy, nor do we believe cannabis tax revenue will be very large in relation to the total budgets of state and local government.” The tax revenue shouldn’t go to the state’s general fund, it says, but instead to programs dealing with the impacts of legalizing pot.

What to do about medical marijuana: Panel members want to “ensure continued access” for medical marijuana patients. They lean toward suggesting a separate medical program, citing problems in Washington state, which eliminated its medical pot offering when it legalized recreational use in 2012. Also important is taxation: too high a tax on recreational weed could spark a flood of new medical patients, who may not be suffering from any ailments other than an allergy to high pot prices.

What to do about people driving while stoned: The report says that “the currently available strategies of using probable cause to make traffic stops and using roadside impairment tests to establish impairment are a reliable starting point.” However, for law enforcement to apply them fairly, there needs to be more research on the connection between marijuana and crash risks. There must also be “additional tests of intoxication specific to marijuana.”

How to tell what’s in your weed: One idea would be the creation of a “statewide seed-to-sale tracking system ensuring that marijuana is cultivated, distributed and sold through the licensed, regulated system, with the minimum amount of diversion out to — or in from — the illicit market.” The report also urged testing weed for potency and fungal diseases as a way to protect consumers.

Who can grow weed: Commission members worry that since “there is currently more supply than there is demand” in California, legalization might “invite a new gold rush of people into the state to cultivate marijuana.” One idea: allowing only Californians to grow cannabis. “While a residency period would likely run afoul of the federal constitution eventually, some consideration should be given to ways to slow down the ability of out-of-state residents to enter the market.”

How to deal with the feds and banks: The federal government currently classifies marijuana as a Schedule 1 drug with no redeeming value. Banks shy away from doing business with marijuana businesses for this reason, forcing weed businesses to operate — often dangerously so — on an all-cash basis. The report urges California elected leaders to lobby the feds to relax their prohibitions, at least so businesses can use banks.