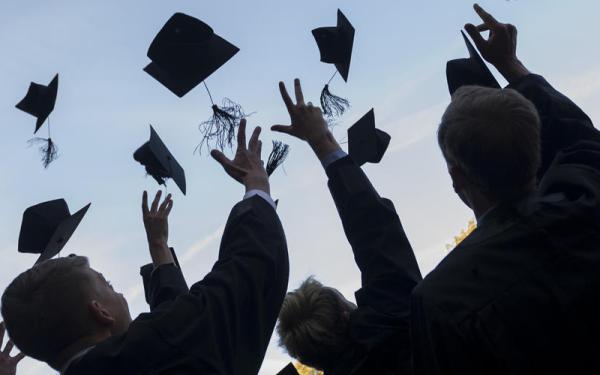 CHICAGO — Many college students who pursue their studies during recessions develop a pragmatic approach and switch to majors with better job prospects, according to study published this month.

Benjamin Keys, assistant professor at the Harris School of Public Policy at the University of Chicago, analyzed census data on college major choice in the U.S. from 1962 to 2013 with Brian Cadena at the University of Colorado at Boulder and Erica Blom at the consulting firm Edgeworth Economics, finding that for every 1 percent rise in the unemployment rate, more than 3 percent of men and 4 percent of women changed majors.

The unemployment rate rose 5 percentage points between December 2007 and October 2009, according to the Bureau of Labor Statistics.

“We know young people are generally the last in and first out when you have an economic downturn,” Keys said. “One thing these young people are doing is adjusting their skill sets and human capital decisions to avoid a field that would be sensitive to a recession. So you see an increase in engineering and nursing. Those kind of professions that are especially recession-proof.”

Their research suggests that economic downturns prompt many to change their major to a field that is more challenging, requires more math and, most important, pays more. Researchers infer that these students can earn a degree in science, technology, engineering and math but chose not to during stronger labor markets.

The decision to switch majors will offset the impact of the recession by about 10 percent on their wages and ultimately improve their long-term earnings, Keys said.

The study has prompted follow-up research on the relationship between local and national job markets as they pertain to specific majors.