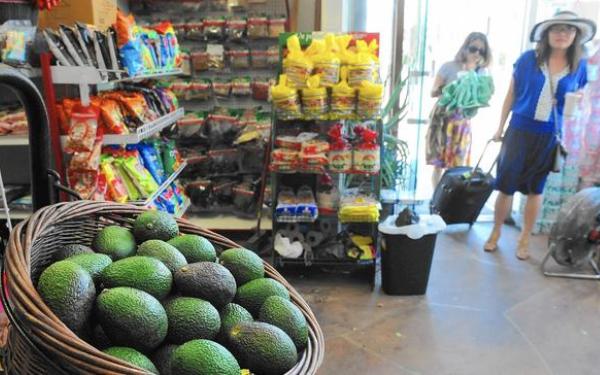 Growing up in Los Angeles' historic Filipinotown, Ailene Ignacio didn't reflect much on healthful eating. She ate where her family ate, usually at one of the neighborhood's fast-food joints serving burgers, tacos and teriyaki bowls.

There was also the nature of Filipino food. Unlike many other Asian cuisines, it skewed heavily toward the top of the food triangle, with meat-heavy dishes. Virtually every ulam, or entree, came with a heaping serving of rice. The local Filipino restaurants served salty, fried fare.

Filipinotown is a food desert, a neighborhood high in fast-food joints and low in grocery stores and healthful eating options, said Ignacio, the project leader for the Asian and Pacific Islander Obesity Prevention Alliance.

In the Philippines, she said, American food is an indulgence. In the U.S., it's relatively cheap and the portions are large.

"When my cousins came to the U.S., the supersize option was still around," Ignacio said. "It surprised them because the Filipino 'large' is the same size as a U.S. 'medium.'"

In the last year, the alliance supported a program to introduce healthful fare to the neighborhood.

The outside of Cecilia Ramos' LA San Miguel store is painted with an eye-catching mural advertising Lay's chips, candy bars and Coca-Cola. Less than a year ago, Ramos' business sold only chips, sodas and snack foods along with a few nonperishable staples such as beans and canned tomatoes.

Now, woven baskets near the store's doorway overflow with ripe avocados, young bananas and bright green limes. She also stocks cilantro, yogurt, milk, eggs and a few apples in refrigerators under a colorful sign announcing the presence of "Fresh Food."

Ramos' was one of four corner shops in Filipinotown to start selling fruits and vegetables as part of the program. Before, only two small markets offered produce. There are no supermarkets in the neighborhood.

The alliance decided to focus on improving the corner stores because they tend to be places where people stop often — sometimes daily, Ignacio said. She added that many Filipino immigrants see fast food restaurants as cheap and efficient dinner options when time and money are running low.

The distance between residents' homes and the nearest supermarket can steer them toward processed foods that can last until the next grocery trip.

Even when healthful food is available — like at the Filipino seafood market on Temple Street — it is often imported and more expensive than supermarket produce.

The sun shines warmer and the rain falls harder in the Philippines than in California, which makes it difficult to grow native Filipino produce locally. But imported greens and fruits can strain the budgets of low-income families in Filipinotown, Ignacio said.

The alliance has been able to funnel cheaper greens into the corner stores through the agriculture collective Roots CSA, which pays upfront for a season's worth of produce from small local farmers.

Kyle Tsukahira, a Roots CSA organizer, said the alliance is also holding workshops on to how to cook healthful meals by using produce.

A majority of residents in Filipinotown are Latino now, which has lessened the demand for lstores to carry Asian fruits and vegetables, Tsukahira said. But there is still a sizable Filipino community who would cook those foods if they were more available.

"We're trying to serve that niche community who want and would benefit from Asian produce," Tsukahira said.

Ramos said she's proud she can offer her customers healthier options at her store.

She sells all of her avocados, tomatoes and limes each week.