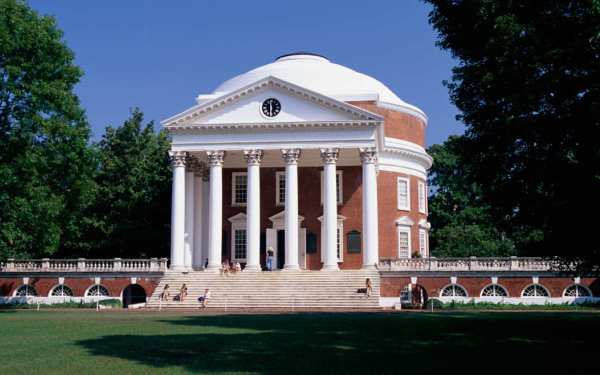 Three members of a University of Virginia fraternity have filed a defamation suit against Rolling Stone after the magazine published a widely read, and later discredited, article alleging a sexual assault in their fraternity house, according to court papers made public Wednesday.

The article drew international attention, and although it did not name any of the defendants, the plaintiffs' names and hometowns were published on "online blogs by anonymous users, identifying plaintiffs as the participants in the alleged gang rape," according to the suit.

"Not surprisingly, these claims had a devastating effect on each of the plaintiffs' reputations," the suit says.

While Rolling Stone declined to comment through a spokeswoman Wednesday, the magazine did announce Thursday morning the resignation of managing editor Will Dana.

In a brief statement, Dana said it was simply "time to move on" and made no reference to the UVA article or the pending litigation. It was not immediately clear who would replace Dana, who has served as managing editor since 2005.

A spokeswoman for Wenner Media did not immediately respond to requests for additional comment.

Elias, Hadford and Fowler were members of Phi Kappa Psi, the fraternity at the center of Sabrina Rubin Erdely's controversial November 2014 article, "A Rape on Campus: A Brutal Assault and Struggle for Justice at UVA." All three men graduated in 2013, according to the suit.

The article attempted to depict a culture of sexual misconduct on American college campuses by portraying the gang rape of a young woman referred to as "Jackie" at the fraternity house in Charlottesville, Va.

The opening of the article described the purported assault as a Phi Kappa Psi initiation rite. It said seven fraternity brothers and rushes mauled Jackie, taking turns assaulting her over the course of three hours after she was slammed through a glass table.

Nearly 3 million people read the article online, according to the suit.

Rolling Stone retracted the story in April, after other media outlets found that several key details about the alleged assault could not be corroborated.

The Columbia Journalism Review found several lapses in Erdely's reporting, chief among them her decision to honor "Jackie's" request that Erdely not try to contact the alleged attackers.

Other major details of the story also unraveled. The fraternity would later prove it did not host a social event the night "Jackie" said she was attacked.

The Charlottesville Police Department launched its own investigation into the alleged assault, saying in March that detectives could not find evidence that a rape had occurred.

The suit filed Wednesday also contends that Erdely’s description made it easy for friends, family members and other journalists to question the plaintiffs and consider them suspects. According to the suit, Elias lived in the fraternity house, and many believed his bedroom was the location of the purported assault.

The plaintiffs were linked to the story on FairfaxUnderground.com, a message board where users discuss events at the university and the surrounding area, according to the suit. A search of their names on the message board can easily point to a thread titled “Culture of Rape at UVA profiled in Rolling Stone,” which was launched shortly after Erdely’s article was published.

Wednesday's suit is not the first to be lobbed at Rolling Stone after the article’s publication. Nicole Eramo, the university's associate dean of students, filed a defamation suit against the magazine and Erdely in May.