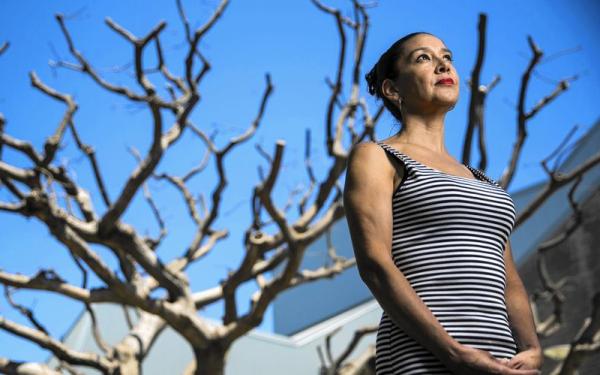 For years, the food bank at Michigan State University was one of the few, if not the only, such organizations in the country. By 2008, only four other groups offered college students free meals.

But as the economy continued to sink, Michigan State began to get a lot of company. There are now 199 similar groups throughout the country, according to the College and University Food Bank Alliance, including food pantries at UC Berkeley and UCLA. The California State University system is conducting a study to determine the number of students on its campuses who do not have regular sources of food and housing. And one student is attempting to convince vendors and restaurants at Santa Monica College to accept food stamps.

The economy undoubtedly played the largest role in the increase of college food banks, with several related factors probably contributing, including a greater number of older students returning to campus without much family support and a higher number of foreign students who have limited access to federal assistance.

Yvonne Montoya, the Santa Monica College student, is an example of the shifting age demographics.

The 48-year-old went to college in the late 1990s but dropped out to raise her children. She decided to return after her event-planning business failed in 2011. She lost her housing around the same time and lived out of her car while she was enrolled at Cerritos College.

Montoya studied business and real estate because she thought it was her best chance of getting back on her feet financially. She received food stamps as part of her federal benefits but could not use them at the school's food court. So she often went to a nearby CVS drugstore and bought chips and soda.

"A pre-made salad was a good day," she said.

Montoya eventually got her degree from Cerritos and found a place to live, thanks in part to her financial aid. But she still depended on federal assistance to eat.

Montoya said she often would smell food from the student lounge, which was near the food court. "I'd always see all of this food I wished I could have but just couldn't," she said.

The days when culinary arts students sold their products were the worst, Montoya said. One dish of chicken with mashed potatoes and gravy was especially enticing.

"We weren't talking KFC; it was nutritional, good food," Montoya said. "I would've given anything for it."

Smith-Tyge said he's noticed that many people coming to the Michigan State food bank are older, foreign graduate students. Unlike their undergraduate peers who are generally single and come from affluent families, the graduate students are generally less well off and often have families. And because they aren't U.S. citizens, their opportunities to work are limited, he said.

In California, the number of non-U.S. students in community colleges has increased slightly over the last five years; in the fall of 2014, about 16% of all students were not citizens, according to state records. There were 4,615 international students at University of California schools last fall, up from 779 in the fall of 2009, records show.

Montoya decided that she wanted to get a degree in public policy and enrolled in Santa Monica College in 2013. After hearing about a program offered by the Roosevelt Institute to encourage student activism, Montoya began organizing a campaign to get food vendors to accept federal food benefits.

The Roosevelt Institute, a New York City-based nonprofit, awarded Montoya a $1,700 grant to organize her campaign.

It's unclear how many California college students receive food stamps. Nearly 285,000 households received federal benefits in May, a decrease of nearly 30,000 from two years earlier, according to state records.

At Santa Monica College last spring, 417 students were homeless, according to school officials. "I know there are hungry people here," Montoya said.

Rebecca Romo, a sociology professor who has been advising Montoya, said she was initially surprised by the number. The school is located near downtown Santa Monica and only a few miles from the beach, but Romo noted that the school draws students from throughout the area, including less affluent neighborhoods. "A lot of students take three buses to get here," she said.

Campus officials have said that it's up to vendors to decide whether to accept food stamps. One vendor has applied, and Montoya is hopeful the rest will follow.

She said the students will benefit. "It's a lot easier to concentrate when you're full," she said.

Neighbors push back against private schools' plans to expand