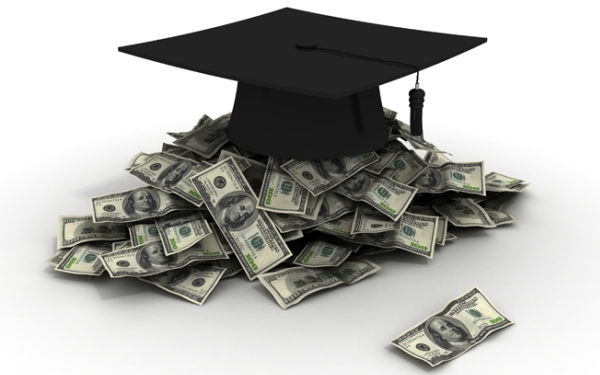 Mayte Estrada hit a speed bump while trying to register for classes during her orientation session at Cal State L.A. this summer.

Estrada is receiving financial aid that should cover all of her tuition bill. But that money — typically disbursed just before the start of fall classes — had yet to be reflected in her student account. She said she was told by officials that until there was evidence of the funds, she'd have to wait to get classes.

Two classes were already full when she did enroll, and she fears that, even before school has started, she's behind schedule.

"I came home complaining to my friends how frustrating it was not to be able to register," said Estrada, 17, who wants to study kinesiology.

Other freshmen have encountered the same problems, said Debbie Gallardo, college program manager with Bright Prospect, a Pomona nonprofit that helps low-income students prepare for and gain access to four-year colleges. Gallardo said campus officials told her that new students had to pay for classes before they could register.

"Students are coming from their orientations without registering," Gallardo said. "I don't know who's telling them that, but there's a gap in communications between everyone involved."

Typically, colleges and universities will allow financial aid students to register even if the award has not been disbursed and as long as the student pays any out-of-pocket portion of the tuition. That policy has not changed at Cal State L.A., and the university said it is looking into the glitches that occurred with Estrada and others.

The complications at Cal State L.A. highlight the complexities of financial aid that often hit new students, especially during the summer before classes, when campus fees, housing deposits and other costs can pose an unexpected challenge.

Fees vary by campus but can run to hundreds and even thousands of dollars. Some are charged to student campus accounts, but in some cases, costs are charged to their credit cards.

That's not including other bills: A student might have to arrange travel and accommodations to get to a mandatory orientation that costs $300 or $400, for example.

"That's a lot of money for a poor kid who may not have it," said Diana Fuentes-Michel, who retired last week as executive director of the California Student Aid Commission.

Enrollment fees and housing deposits can add up to more than $1,000, becoming "the first barrier for students who can't make that first hurdle," she said.

College policies also can limit options. Although many institutions include financial aid awards with student acceptance letters in March or April, others may not let students know what they will receive until June or July.

"Students need to know upfront how much aid they qualify for because that can become the deciding point on what institution they attend," Fuentes-Michel said. "The process fails a lot of students who are not able to bridge the costs that occur from May to September."

Fuentes-Michel has pushed to smooth requirements so that colleges can put together financial aid packages more quickly. She has pushed for developing a student aid cash or debit card — restricted to campus use — that would allow students to pay some upfront expenses.

Disbursing aid earlier might alleviate some student money worries but could be problematic for colleges, officials said.

"There's a risk with entering, first-time students who don't always know if they're coming to the school," said Lili Vidal, director of financial aid at Cal State Northridge. "If a student doesn't show up, and we've paid out financial aid before school starts, that is a financial risk for the institution."

Private schools like USC have somewhat more flexibility to use their funds to help students with expenses, said Thomas McWhorter, dean of financial aid. The $350 orientation fee is charged to students' accounts and is sometimes waived for those in need, McWhorter said. An $800 housing deposit is due in June, but that too can be deferred for those on financial aid, he said.

The school has a program to provide grants for those students who might be at risk of dropping out because of a lack of funds.

"We've given front-loaded grants of $500 so they don't have to take out a loan, and we ask that they review a webinar on financial literacy," McWhorter said. "Many of these students, as smart as they are, their previous education has not exposed them to basic financial literacy."

Some students lack the resources to cover the gap between college costs and the amount of financial aid available to them, which usually includes combinations of federal Pell Grants, state Cal Grants and subsidized loans.

And in many cases, students think they will never be able to afford high tuition costs and don't bother filling out financial aid forms to begin with or fail to provide information that would qualify them for more aid.

"You may have some 18-year-old who's never had a loan in his life, questioning, 'Do I want to get into debt?' So we do a lot of counseling," Aguilar said.

Another Cal State L.A. student, Erick Gutierrez, was also stopped short as he tried to register after finding that his financial aid wasn't enough to cover the costs of the four classes he wanted to take. He said he was told he had to make up the difference and couldn't try again until the end of August with no guarantee of getting his classes.

The campus this year allowed many students to register at orientation, two months early, but officials said there's no indication that large numbers of students haven't been able to sign up. And they said the school will offer enough classes and sections for students.

"Students who have no expected family contribution are not required to prepay and are allowed to register," said Lisa Chavez, vice president for administration and chief financial officer at the University Hills campus east of downtown. "The only time it becomes an issue is if there's a specific problem in their account, like they didn't turn in transcripts on time. There are over 28,000 students registering for school, so there will be some problems we have to work through."

Gutierrez, meanwhile, probably qualifies for more aid because his family income has dropped. But he may miss the deadline to appeal for more.

"This caught me and my family by surprise," said Gutierrez, 17, a criminal justice major who said he is working this summer to afford college costs. "If we had known, we could have prepared, but this blindsided us."

Neighbors push back against private schools' plans to expand