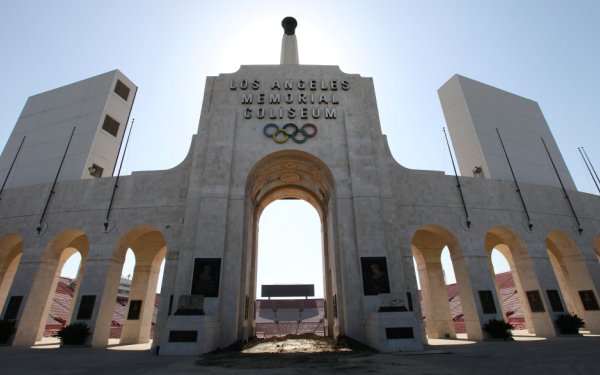 Only the Coliseum has publicly expressed interest in hosting a team.
(Credit: nytimes.com)

The NFL might be the country's No. 1 sport, but Los Angeles-area venues aren't scrambling to position themselves as temporary homes if one or more of the league's teams relocate.

With a key date approaching Wednesday, only the Coliseum has publicly expressed interest in hosting a team. When it contacted five area venues in June, the NFL asked that proposal requests be submitted by Aug. 5.

As the San Diego Chargers and Oakland Raiders pursue a shared stadium concept in Carson and the St. Louis Rams focus on a plan in Inglewood, the NFL has had various difficulties lining up potential temporary venues.

"We've really just begun," said Eric Grubman, the NFL senior vice president who is the league's point man on the L.A. market. "Aug. 5 was a date that helped us know what venues might be available in a traditional sense and I think that has sorted itself out. … Other, more complex opportunities could very well present themselves as the picture becomes clearer."

Two stadiums have already publicly pulled out of the competition.

On Monday, Anschutz Entertainment Group confirmed to The Times that it will not submit a bid to host a team at the 27,000-seat StubHub Center.

That comes on the heels of the Rose Bowl Operating Co. surprising the league last month by opting not to respond to the NFL's request. Despite years of previous efforts to lure a franchise, then spending the money and time on the necessary entitlements to position the stadium as a temporary site, the RBOC voted unanimously to pursue an annual music festival.

"The position of the board remains the same," RBOC President and Pasadena City Councilman Victor Gordo said Monday. "The RBOC is focused on bringing a world-class music and arts festival to Pasadena."

The NFL's request for proposals noted that the league's initial review of submissions would be completed by Wednesday, with the expectation of finalizing any agreements in the fall.

The two other options aren't as straightforward.

An individual with knowledge of the situation said that the area's two baseball stadiums are continuing a dialogue with the NFL but won't participate in the traditional proposal request process.

One reason for that could be scheduling issues, as early-season NFL games in August and September would be problematic with baseball schedules. How many years a stadium would be needed as a temporary venue might be an issue, as well.

An Angels spokesman said Monday that nothing had changed for the organization since last month when it said that being the temporary host of an NFL team would be "very difficult" because of scheduling conflicts.

Grubman isn't concerned by the response to the NFL requests.

"In any event," he said, "I think this works itself out by the end of this year."