Joss Stone explains the worldly influences on 'Water for Your Soul,' her new album 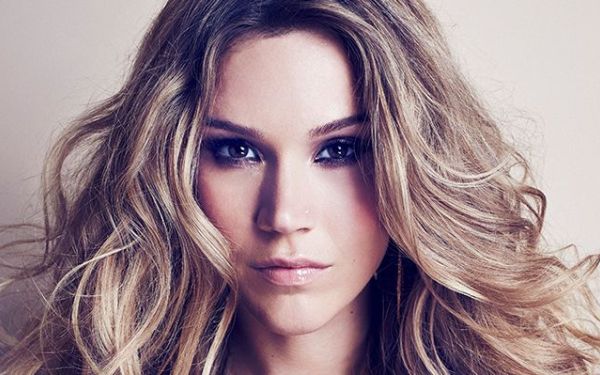 Joss Stone was wandering around a Hollywood record store when she found herself in the world music section.

"How fitting," she laughed, flipping through a crate of vinyl that covered everything from European dance music to reggae.

After breaking out a dozen years ago as a teenage soul sensation, the big-voiced English singer is painting broader genre strokes with her latest release, "Water for Your Soul," which arrived Friday.

The 28-year-old's seventh album is largely influenced by her travels and work with SuperHeavy, the short-lived supergroup that also included Mick Jagger, Dave Stewart of the Eurythmics, A.R. Rahman and Damian Marley. Her sonic wanderlust on the album was also inspired by her ongoing tour, during which she aims to play a concert in each of the 204 countries in the world over the next three years.

During an afternoon of crate digging (Aretha Franklin and James Brown were among her purchases) after a recent show, Stone discussed her latest album, discovering new sounds and trusting herself.

This record seems like it's a direct result of your world travels.

The writing process was over four or five years. The recording started after I began my world tour. The plan is to play one gig in every country in the world, make a musical collaboration with someone from that country and visit a charity so it educates me about that place. It has changed my outlook on everything.

How did all those global influences play out in your music?

There's a lot of different sounds on there. We've got tablas, flamenco guitar, Irish fiddles, a gospel choir from Harlem, the drums are a hip-hop approach, the basslines are kinda reggae. If I've done a good job, I've made a backbone strong enough so that it flows nicely. My mum said the album is in the world music section on Amazon. I'm chuffed, because what do I know? I'm just making music, and I'm enjoying the sounds I get to hear from all the travel.

Did Damian Marley play a major role in creating this record?

In the day we would do SuperHeavy, and then at night Damian was making the "Distant Relatives" record [with Nas]. Damian was like you should do a reggae record. I thought I'd get in trouble. We got in the studio with his rhythm section, and we jammed. "Love Me" came out of that. I had some things already going for the album.... But it was as if he poured Red Bull and caffeinated the whole project.

A big part of your narrative has been your battle with your former label, EMI. What did that experience teach you?

When I got freed from the deal, I still wasn't completely free. There were things I had to pay them for. They had a bit of this, a bit of that, so that went on for years. But now, I'm completely free. I don't regret it at all. It taught me to be strong and happy with my core because it served me. Every time you choose to go with your gut, every single time, it's really good. And if you don't, it's [rubbish] -- basically.

Most of the album was recorded in your home studio. That had to feel liberating.

I ended up scrapping the first cut of the album. I was trying to take on everybody's ideas, and there are thousands of them. There's many ways to skin a cat, as they say. I'm so impatient it's awful. I checked myself and said, "No, we start again." I did it the way I thought it was supposed to be and everybody was happier.

It's interesting you ran into that dilemma when you were ...

Yes, but also in an environment that you created.

Having your own space is important. You can be completely yourself. But when you've got lots of different characters in that space, I feel that it's important to host them. I think to have all those people around in your house, it can be exhausting. My mum stepped in. She was like, "I'll make the food, you go in there and sing the bloody song."