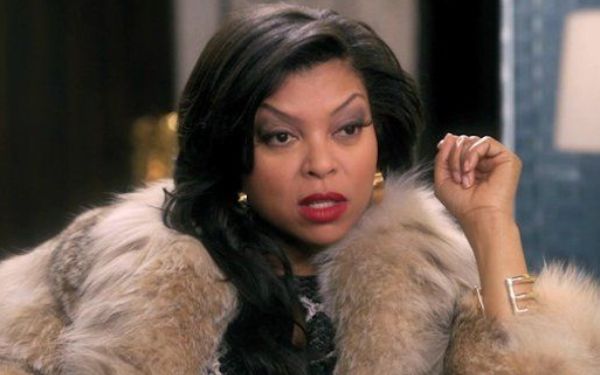 Sophia Eggleston, who lives in the Detroit area, said she managed to catch the end of an episode of “Empire” earlier this year by accident.

She said as she started watching the Fox drama, a Chicago-filmed show about a hip-hop mogul and his family, she began to notice similarities between the Loretha “Cookie” Lyon character and her own story.

Then friends started telling her the mink-wearing character, portrayed by Taraji P. Henson, seemed to resemble her.

Eggleston claims she shared her memoir, “The Hidden Hand,” in 2011 with writer Rita Grant Miller, who said she would pitch her story to “Empire” co-creator Lee Daniels. Eggleston is alleging that Miller stole her story for the show, which debuted in January, and she’s suing Miller, Fox and Daniels for $300 million for copyright infringement.

“This (expletive) just stole my life story. No she didn’t,” Eggleston said.

Fox representatives did not immediately return a request for comment.

In the lawsuit, which was filed in May in a Michigan court, Eggleston lists similarities she shares with Cookie, including that they are both drug kingpins who went to jail, they both placed a “hit” on someone after being released from jail, they both have expensive wardrobes of mink coats and both have a relative who is gay (Cookie a son on the show, Eggleston a brother).

Eggleston told the Tribune she served four years in prison after being convicted of second-degree murder in 1992 and nearly three years in prison for violation of probation. In September, Eggleston was charged with Medicare fraud. Records show other convictions for fleeing police, drug possession and weapons charges.

Eggleston, who said her legal team picked the $300 million figure, is seeking a jury trial. “Empire” co-creator and writer Danny Strong and show writer Malcolm Spellman are also named as co-defendants in the suit.

This is not the first “Empire” lawsuit. A California man filed a $1 billion lawsuit earlier this year claiming his story was used for the show, according to TMZ.

Season 2 of “Empire” is expected to return in September. The show filmed at the Art Institute last month, according to media reports.