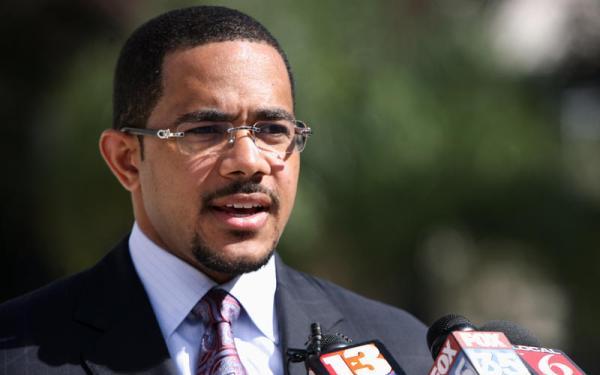 ORLANDO, Fla. — The lawyer suing Florida A&M University over the fatal hazing of drum major Robert Champion is no longer allowed to practice law in Florida.

Christopher Chestnut, who began practicing in Florida in 2006, was declared “ineligible” in June because he has not taken enough continuing legal-education classes as required by The Florida Bar, the association’s spokeswoman Karen Kirksey said.

Lawyers must complete 30 hours of continuing education every three years.

The Bar trial on those matters is set for Aug. 24.

Chestnut did not respond to a request for comment that was left with his law office in Jacksonville.

The drum major’s father would not comment on Chestnut’s status.

Chestnut’s professional troubles have surfaced as an October trial date approaches in the Champions’ wrongful death lawsuit with FAMU in which the drum major’s estate is seeking compensatory and punitive damages from the historically black college.

Unless his Bar complaint is resolved and his license restored, Chestnut will not be permitted to participate as a lawyer in the FAMU case. Former Florida Supreme Court Justice Kenneth B. Bell also has appeared in court on behalf of the Champions.

Last week, the university’s lawyer, Rick Mitchell of GrayRobinson, laid out a detailed defense for FAMU, rebutting the Champions’ arguments that the school had a duty to protect their 26-year-old son, one of the band’s student leaders.

That trial is set to begin Oct. 5 in Orange County Circuit Court.

The university contends it was not required to “provide (Champion) with a personal chaperon to hover over his after-hours activities.” The school’s counsel also stated in written arguments to Judge Donald A. Myers that everyone who participated in the hazing, including Champion, violated an anti-hazing pledge each had signed at the beginning of the school year.

Champion was beaten to death Nov. 19, 2011, during a hazing on a bus at the Rosen Plaza Hotel, where FAMU’s Marching 100 stayed during the Florida Classic Weekend in Orlando, which included band performances and a football game at the Citrus Bowl. The hazing occurred after the band had been dismissed for the evening.

The family has argued the school allowed a hazing tradition to fester in its famous band.

Chestnut filed the family’s offer last month to settle the lawsuit for $8 million.

The Bar complaint against Chestnut alleges that he sent an employee to a wake for Tamiqa Taylor with an offer to represent the slain Kissimmee woman’s mother in a wrongful death case, violating a rule barring direct solicitation of a prospective client.

He also is accused of charging excessive fees to the siblings of a mentally challenged man killed in a fire at an assisted-living facility in Villa Rica, Ga. The case settled before a lawsuit was filed for $1 million, the limits of the insurance policy, and was to be split between the families of two men who died in the blaze. Chestnut charged a 40 percent legal fee.

The Bar complaint states that a 40 percent fee charged before a lawsuit is filed and answered is excessive.

Chestnut has fought efforts by FAMU lawyers to disclose the fees he is charging the Champion family.